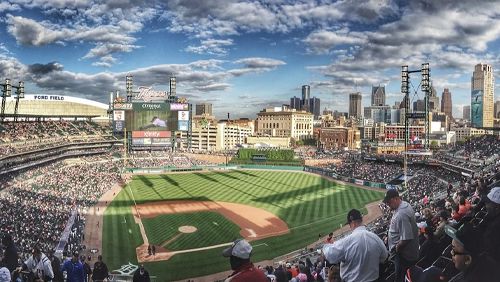 If you ask him, MLB Commissioner Rob Manfred will tell you that the meeting he had in Arizona Tuesday with the head of the MLB Players Association (MLBPA), Tony Clark, was “productive.” If you hit Clark with the same question, you might get a completely different answer. MLB team owners and players have been battling for two months as they try to figure out how to get players back on the field, and they’re no closer to a resolution now than they were then. Manfred invited Clark to a sit-down yesterday to try to hash out an amicable, mutually-beneficial plan of attack, but no one should expect a miracle.

Manfred issued a statement yesterday, explaining, “At my request, Tony Clark and I met for several hours yesterday in Phoenix. We left that meeting with a jointly developed framework that we agreed could form the basis of an agreement and subject to conversations with our respective constituents. I summarized that framework numerous times in the meeting and sent Tony a written summary today. Consistent with our conversations yesterday, I am encouraging the Clubs to move forward and I trust Tony is doing the same.”

Rumors of the success of the meeting had begun to circulate before Manfred published his comments. The MLBPA got wind of them and wanted to cut them off at the knees. It tweeted ahead of Manfred’s statement, “Reports of an agreement are false.”

As before in the ongoing negotiations, both sides are standing their ground, unwilling to make any type of major concession. Owners want players to agree to salary cuts of as much as 80% for some players, and players want owners to get stuffed. Manfred said after Tuesday’s meeting that he was happy with the outcome and that a proposal would be coming. Clark, on the other hand, said that there were “significant issues” with Manfred’s recommendations and that no tentative agreement had been reached.

Among the latest suggestions that are being presented to players are 60 games played in 70 days, full prorated salaries, expanded playoffs for two years and a season start on or about July 19. The owners threw in another item that isn’t too popular with players, the waiving of any potential grievance that might arise. Those concerns are founded in the belief that players getting a raw deal may seek some type of restitution or compensation if they feel they were treated unfairly.

Manfred stated at the beginning of the week that he was no longer 100% confident there would be professional baseball in the US this year, backtracking on last week’s assertion that there was a 100% chance of players hitting the field for games. At this point, even some owners are starting to get frustrated with the situation, and at least eight have indicated they wouldn’t mind throwing in the towel and forgetting the whole idea. It’s a shame that “America’s Game” has been spoiled by greed.