Home / Life / Domestic travel incentives could be coming to the US 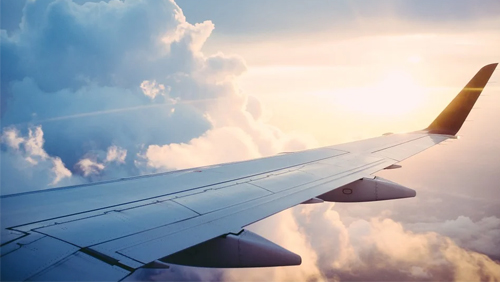 After everything the country has been through, getting a break from the same old routine could be just what the doctor ordered. As coronavirus-caused lockdowns are lifted and public protests over the killing of George Floyd begin to dissipate, everyone is going to need a change of scenery. Based on previous comments made by President Trump, and on input from travel insiders, a domestic travel credit might soon be on its way, giving a huge incentive to individuals to book a getaway.

This past May, Trump alluded to the fact that domestic travel credits might be provided, adding that it would give restaurants and travel-related companies a huge economic boost. He is quoted as saying during a meeting with restaurant executives, “Create an ‘Explore America’ – that’s ‘Explore,’ right? Explore America tax credit that Americans can use for domestic travel, including visits to restaurants. That’s a big deal.”

While Trump didn’t put a dollar figure on the amount, travel insiders have introduced a proposal on Capitol Hill that would give as much as $4,000 to Americans in order to get them out on the open road. The concept follows one that was developed for first-time homebuyers when the real estate bubble burst just over a decade ago, and would be accompanied by certain tax relief measures given directly to companies operating in the tourism and hospitality industries.

Last month, the president and CEO of the U.S. Travel Association, Roger Dow, put his weight behind the measures, explaining that they would be a huge win for both consumers and the economy. He asserted, “An ‘Explore America’ tax credit and campaign will do wonders to put America back on the path to prosperity. We applaud the president’s support, and with our industry’s health and safety guidance for the reopening of travel businesses in place, we are very prepared to work with the administration to push the effort forward at the right time.”

There is already talk of a second round of stimulus money coming to Americans. One bill would allocate $3 trillion to be handed out by the federal government, of which $275 billion would go to testing and hazard pay for those in the healthcare industry and one trillion would be given to state and local governments. The proposal is part of the HEROES Act, which is still being discussed by lawmakers. It made it through the House, but hasn’t found a lot of support in the Senate.

The U.S. isn’t the only territory considering such travel-focused measures. Macau, for example, has approved a plan to spend $35.1 million to give local travel agencies incentives to put together domestic tourism packages. The more than 140 agencies would create tours around the city, including to many non-gaming venues, and the “Macao Ready Go! Local Tours” initiative will give Macau residents $35 each for every approved tour they take, with a maximum of two tours each.