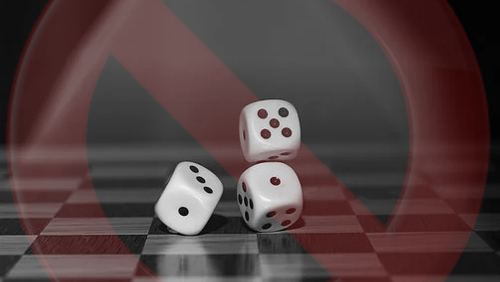 A small contingent of Members of Parliament (MP) in the U.K. wants to ban all online and TV ads related to anything tied to the gambling industry. They believe that gambling is out of control and that operators aren’t following the letter of the law when it comes to how they implement their advertising policies. If that were all it took for an activity to be banned, there would be a massive amount of dead air when TV shows cut away from their programming to offer commercial breaks. As the All-Party Parliamentary Group for Gambling Related Harm (GRH APPG) attempts to enforce its will, at least one advertising group has come forward to point out the absurdity of the measures.

The GRH APPG believes that banning advertising will have an impact on problem gambling, even though there is yet to be any evidence provided that this is an accurate assumption. The group always wants to completely revamp the U.K. Gambling Commission (UKGC), offering 30 different solutions that it feels will make the agency more productive and efficient. While any entity has to constantly update its structure, scrapping everything and trying to start over seems to be a huge exaggeration of what might actually be required.

The Advertising Association (AA) responded to the GRH APPG’s recommendations yesterday, rejecting the idea of a complete ban on gambling ads. Stephen Woodford, the chief executive of the group, asserts that existing legislation, as well as proper oversight of standards, are more than adequate to address any concerns. He added, “We believe a total ban is not necessary – such action has wide implications, particularly for the support of sports across media channels, something enjoyed by millions of people right across the U.K.”

As far as making necessary changes, Woodford feels that the AA is doing its part to support the UKGC and the Advertising Standards Authority (ASA), explaining that the frameworks are constantly under review and are updated often. He asserted, “The codes are under regular and rigorous review in line with the evidence. As new evidence emerges, the ASA and Gambling Commission consider this and amend the rules if they believe the evidence supports change.”

Woodford also pointed out that gaming operators need to ensure they’re adhering to the standards established by the UKGC and the ASA. He reminded advertisers – as much for the gambling industry as for any other – that they are responsible for acting in accordance with the policies established, concluding, “We ask all gambling operators and their agencies to continue to adhere to the strict standards set by the ASA and the Gambling Commission. These rules clearly require gambling operators to be socially responsible and to protect the vulnerable, as well as under [18 years old].”