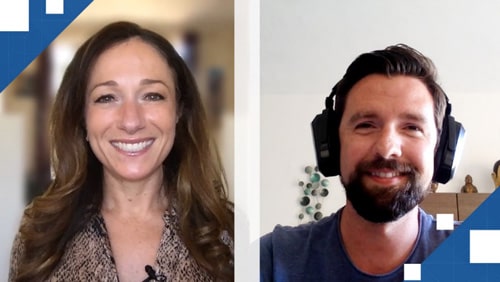 Chris Kiefert was a huge success at the poker tables, but he needed something more to be truly happy. He’s since transitioned to being an Executive Performance Coach and you can get his assistance at christkiefert.com. To understand why he made the transition, and what advice he can offer others, our Becky Liggero Fontana caught up with him after his talk at iGaming NEXT Online.

Deciding to pursue a new passion didn’t happen overnight, Kiefert told us. “This was a long transition, it was exactly like when I first started playing poker; it took me a while to realize that that was what I really wanted to do, he said. “It started when I was coaching poker players, and I enjoyed doing that, but again I hadn’t made or connected the dots yet. And it was quite strange because I was struggling for a while being unfulfilled in poker. Actually I was sitting every day, going through the solvers, you know all the problems, and it just didn’t feel I was adding any sort of value or, to society in any way, it was just you know using this intelligence in a way that wasn’t very useful anymore. Like my life ethos had surpassed the profession really.

Kiefert was focusing on improving himself, and realized he was happiest when he was helping others. “And with all the videos, I was learning at self-development and, you know it was something that I was just naturally very passionate about without almost realizing,” he said. “And I was lucky, I had a few moments where I just got very emotional when I saw other people happy or achieving their goals, and it happened once and I didn’t really realize what was happening. Then it happened again and I thought, ‘Alright this is really strange, what’s going on here,’ cuz I’ve never felt this joy whenever I’ve achieved anything. So it was a very strange revelation, and I thought, ‘Okay well how can I get paid to help other people, that’s what I would like to do.’”

There may be no better time to focus on self-improvement than right now, when we are all adapting to the world created by the Covid-19 pandemic, and many of us are working from home or furloughed. But to succeed, Kiefert suggested it takes the right mentality. “You have to focus on what you can control, and what you can control is how you see things,” he said. “So I would ask myself what’s great about this, what is it that I really like about this, what is it about this situation that I can get something out of that I just could not have done if this hadn’t have happened. You know, if you have extra time you can learn some courses, you could come out of this where you actually propelled yourself in front of everybody else because you spent hours at home taking online courses at whatever it is you do. You come out at the end a year, a year and a half later where are you compared to everyone else. I mean there’s so much opportunity here to grow, learn, I mean even if you just help other people it will have been a worthwhile experience.”

Change doesn’t happen overnight, and you can’t just set a lofty goal and expect to achieve it without a lot of effort. “This is exactly what happens with people and you know this New Year’s Resolution type thing,” he said. “You get a new year, a new start, I want to conquer the world, and it’s like right, I’m going to lose 10 kilos in two weeks or something, you know this kind of thing where people are setting goals that are realistically just way too high, and they’re not actually the type of people, they don’t have that identity yet. You know, you can’t go from never going to the gym to suddenly being the type of person that’s healthy, you have to become someone who’s healthy. The goal isn’t really losing ten kilograms, the goal is to become the healthy person, and that person will just lose 10 kilos because they’re doing all the small habits that take them there. So this is where a lot of people fail, I think it’s really important to try and think about who you want to be, more than the goals that you set, because if you know who you want to be, you can start building the habits to become that person, and the goals will generally fall in place.”

Rewards are an important part to staying motivated, and achieving the goals that we set. Kiefert gave advice on how to find the rewards that work best for you. “It depends what motivates you, so you have to be aware of what’s really going to drive you to succeed,” he said. “And it can be simple rewards, so I mean, they did a study on this, and someone used to make sales calls, would move a paperclip from one jar to the other jar, and he would have a hundred clips in one jar, and then once he’s finished all his calls, and that he would feel very rewarded, that was like a rewarding thing to do.

Paperclips aren’t going to work for everyone though. “But I would say also to know what your motivators are,” he added. “So for me early, it was money. So when that was coming and when I was winning the competitions, the races, I mean that’s what really drove me. And I enjoyed the game, but if you don’t have those rewards or these other motivators it’s, you’re not really going to put that work ethic in I don’t think, I think it really helps with the work ethic.”

Kiefert was kind enough to share with us a short guide on being a better “Remote Work,” which you can access here. If you want to reach out to him and get more great advice, his email is [email protected]