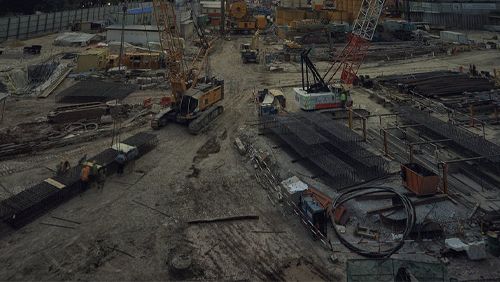 First, development firm Biloxi Capital, in November 2019, announced that it was seeking permission to build a casino in Biloxi, Mississippi. Then, rock band KISS announced that it was getting behind a KISS-themed casino in the city this past February. With two major gambling projects now planned for the region, Biloxi has become a magnet for new ideas, and a third – and massive – undertaking is now being presented. The latest would be built on the former site of the Broadwater Beach Resort and carries a price tag of around $1.1 billion.

The Sun Herald explains that the developer of the proposed casino, Broadwater Development LLP, wants to use the 266-acre former resort property to build a casino, marina, golf course, hotel, wellness spa and additional amenities. Broadwater hopes to get the city to offer it some incentives to complete the project, including through Mississippi’s tourism rebate initiative, the Mississippi Tourism Project Incentive Program. That program provides certain financial considerations for large tourist-driven projects, provided they meet the criteria. The amenities planned for the development and a private investment above the minimum threshold of $10 million help Broadwater meet those criteria.

According to a city filing (in pdf) on the subject, “[Pursuant] to Section 57-26-3 of the Tourism Act, the rebate to the Developer will be approximately 80% of the amount of sales tax revenue collected from the operation of the tourism project, after making the diversions required in Section 27-65-75(7) and (8), of which payments will be limited to 30% of approved project costs or for the prescribed rebate term, whichever occurs first.”

Biloxi Mayor Andrew Gilich supports the project and has already signed off on it; however, the city council still apparently has to weigh in. Given the scope of the resort and what it means to the local economy, provided Broadway isn’t found to be running any illegal schemes, there’s no reason to expect the project not to be greenlighted. The City Council will meet next Tuesday to discuss the issue.

The Beau Rivage Resort & Casino is currently the largest casino development in Mississippi, but that could change if this newest edition to the landscape is approved. The Broadwater Beach Resort was previously owned by Ron Anderson III and Cotton Fore, who had purchased the property not long before Hurricane Katrina rolled into the area and caused significant damage. Anderson is reportedly now part of Broadway Development, registered in 2005, and is not ready to give up on his dream of seeing a large casino resort continue to be a permanent fixture on the shores of the Magnolia State.