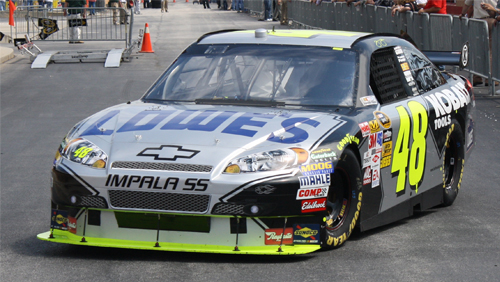 NASCAR fans and bettors don’t have to wait until Sunday again this week for a race as the Cup Series heads to Martinsville Speedway on Wednesday for the Blue-Emu Maximum Pain Relief 500. The scheduled start time is 7 p.m. ET. Hey, in this time of financial devastation due to the coronavirus pandemic, NASCAR will name its events just about anything for a few dollars.

This is the first of two races this year at Martinsville, with the track also scheduled to host the November 1 Xfinity 500, which is the penultimate race of the playoffs. At 0.526 miles in length, Martinsville is the shortest track in the NASCAR Cup Series. Thus, average speeds will be in the high 70s.

Wednesday will be historic, too, as it’s the first Cup night race in the 73-year history of The Half-Mile of Mayhem (was originally scheduled for the night of May 9). Martinsville opened in 1947, making it the oldest on the circuit, and is the only track to host NASCAR Cup Series races every year since its inception in 1949. Once again, there will be no fans in attendance at this race and no qualifying.

Seven-time points champion Jimmie Johnson leads all active drivers by far with nine wins at Martinsville but just three in this race – last in 2013. Johnson’s average finish at Martinsville in all races is 9.3, which is tops among current drivers. So are JJ’s 2,862 laps led. He is +2200 to make it 10 victories. Richard Petty has won this event a whopping nine times.

Denny Hamlin has five career wins at Martinsville and three in this race, last in 2015. His average finish in all races at “the Paperclip” is second only to Johnson at 9.4. Hamlin finished fifth in the 2019 race and is +700.

The defending champion is Brad Keselowski, who also won in 2017 in his Team Penske Ford. That 2017 win was Ford’s first at the track in 15 years. At last year’s race, called the STP 500, Keselowski swept both stages and led 446 of 500 laps. He became the 13th driver in history to lead at least 400 laps in a race at Martinsville. Chase Elliott, Kyle Busch, Ryan Blaney and Hamlin rounded out the top five.

Keselowski is +550 to become the first repeat winner of this race since Rusty Wallace won it four years in a row from 1993-96. Busch is the +400 betting favorite.