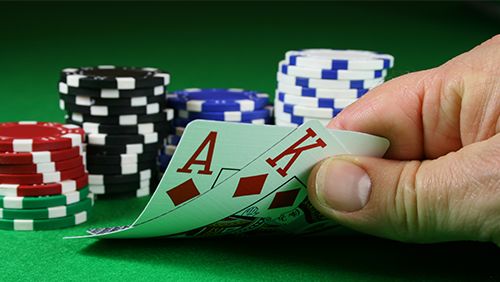 The 2020 World Series of Poker may have been postponed until at least the Autumn, but that doesn’t mean there won’t be some bracelets to play for this summer. The WSOP have partnered up with GGPoker again to offer an online WSOP Festival that will award 85 WSOP bracelets across 31 events on WSOP.com and 54 events on GGPoker.

The traditional festival of live poker in Las Vegas would already be a couple of dozen events in by now, of course. With the fabled WSOP Main Event due to start on July 1st, players would be tweeting excitedly about their chances of winning a $10 million top prize.

Instead, ‘Poker Twitter’ has been an avalanche of either dispirited messages about the current political tensions in America or celebrations of other tournaments. The recent WSOP Super Circuit Series on GGPoker was a massive success, however, and on the back of that series, the World Series of Poker and GG Poker are welcoming players to 85 events between July 1st and September 6th.

As the WSOP have announced themselves, it will be the first time that players outside the U.S. have been able to compete for an official WSOP bracelet online.

With 85 official bracelet events, the official press release has put forward the dates and times of each event on WSOP.com (you can find that full schedule at the end of the article), with confirmation of the events that will be hosted on GGPoker to come at a later date.

The Executive Director of the World Series of Poker, Ty Stewart, is excited about the series.

“It wouldn’t be Summer without WSOP,” he said. “While we are thrilled to be reopening our venues and optimistic about future offline events, we couldn’t be more excited about deepening our relationship with GGPoker and watching some history unfold online this summer.”

There aren’t only the 85 bracelets to play for, with a WSOP/GGPoker Bracelet Event Leaderboard on the cards too that has $100,000 up for grabs. There are a raft of no limit hold’em events as you might expect, but while mixed formats such as Razz and H.O.R.S.E. have been saved for a time when players return to the live felt, there will be bracelets available for playing Pot Limit Omaha, as well as some 6-Max and 8-Max too.

Along with some of the most well-known named events from the traditional bricks-and-mortar series such as the BIG 50, Monster Stack and Senior’s Event, the usual $1,000 buy-in WSOP bracelets events will be joined by events with entry fees as small as $400.

Steve Preiss, Head of Poker Operations for GGPoker, was as thrilled as Stewart with the renewal of the partnership.

“With over $100M in guarantees during the WSOPC Super Series in May and more than $134M in awarded prizes, it’s clear that GGPoker and the WSOP make a good pair,” he said. “We’re excited to create bracelet events that the worldwide poker community will embrace, as well as innovative programming with PokerGo.”

Poker Central, who have been announced as the official production partner of the World Series of Poker, will be streaming plenty of the action, as well as bringing more original programming poker fans way. With highlights, interviews and live coverage, PokerGO is sure to fulfil just as much of an important role in poker fans’ lives as it did last summer where the story of Hossein Ensan winning the WSOP Main Event was brought to life so spectacularly.

Qualification for the 31 events in July are already running at WSOP.com and will also commence soon at GGPoker, so you can expect sales of the already popular Poker Satellite Strategy to go through the roof in response.

It’s worth mentioning that while players from all over the world are expected to play in the 85 events – very nearly the size of last year’s live schedule for the Las Vegas leg of the WSOP, American players can only play from states where playing global online poker is permitted, such as Nevada or New Jersey.

The recent WSOP Super Circuit Series on GGPoker awarded over $134 million, a considerable jump from the already-ambitious $100m guarantee. With GGPoker offering 54 events between July 19th and September 6th, July will have a WSOP bracelet event available every day on WSOP.com.

Summer poker action – online at least – just got hotter than ever.