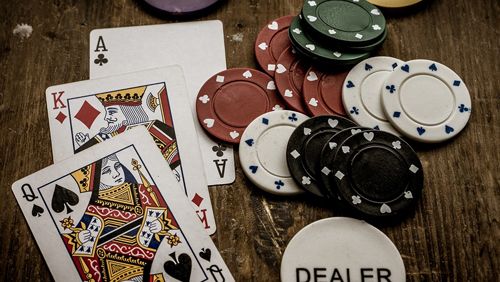 With the recent success of the WPT Online Series, it was only going to be a matter of time before the World Poker Tour and partypoker were back with their next offering for online players.

It hasn’t been too long to wait.

Hot on the heels of the WPT Online Series, the WPT World Online Championships will feature 15 Championship Events. Taking place from July 1st to August 9th inclusive, it’s been announced by the WPT on their official website that the series will be ‘the biggest online series ever run by partypoker’, with the full schedule soon to be released.

The World Championship Main Event will have a whopping $10,300 entry fee and is the jewel in the crown of the event schedule with the prizepool rumoured to be the biggest in WPT online history. It won’t be the only massive title to be won. As partypoker LIVE President John Duthie told the World Poker Tour:

“Players have asked us to do something special and the $10,300 WPT World Online Championships is the perfect way to meet the demand of the summer poker season.”

That’s going to be a very busy season, with the 85-event WSOP Online Festival taking place across WSOP.com and GGPoker. The World Poker Tour is a huge name, however, and the historical pull of the oldest live poker tour is sure to be huge in a time where live players have been forced to limit their enjoyment of the game to online events amid the global Coronavirus pandemic.

As well as winning what will be a massive first prize, the eventual winner of the WPT World Championship will also receive a $15,000 seat into the season-ending Season XVIII WPT Tournament of Champions presented by Baccarat Crystal.

“The World Poker Tour and partypoker continue to push the boundaries of poker forward,” said Hermance Blum, VP Europe for the World Poker Tour. “The WPT World Online Championships is the latest venture in our wonderful partnership.”

With the full tournament schedule yet to be released, there will be plenty of excitement around all 15 events to be played. With the series going head-to-head – or running parallel depending on your viewpoint – with the WSOP Online Festival that takes place from July 1st through September 6th, it will be interesting to see which players take part in both the World Poker Tour events and World Series of Poker schedule too.

It’s going to be the busiest summer for online poker in the history of the game and you can check out the official trailer for the WPT World Championship in conjunction with partypoker right here: