Home / Sports / Could the Big Three all refuse to play U.S. Open Tennis? 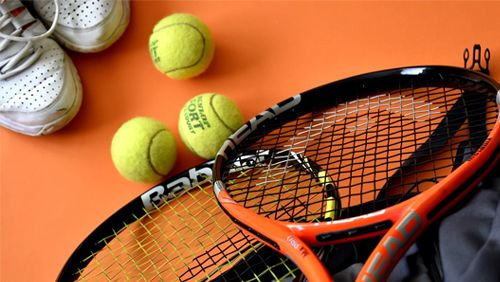 The U.S. Open men’s tennis event would usually be rolling around in a few weeks’ time on the back of both the French Open and Wimbledon. This year, however, is unlike any other that has come before in human history.

With the French Open postponed until at least Autumn and the 2020 Wimbledon Championships cancelled in their entirety, the U.S. Open – if it goes ahead – will be the first Grand Slam since lockdown began, and the first to take place since the Australian Open back in January.

What would it look like, then, without the ‘Big Three’ of Novak Djokovic, Rafael Nadal and Roger Federer?

The prospect of the U.S. Open going ahead without the three men around whom much of the interest in the event itself is generated is one which will worry both the ATP and the USTA (United States Tennis Association). Will that worry eb outweighed by the need to run the tournament from an economic point of view, however? If the U.S. Open goes ahead without fans, will any or all of the three men take part in order to try to win their latest Grand Slam, and if they don’t, who might triumph in their absence?

Roger Federer has already been an outspoken advocate of only returning to the tennis court when fans are able to be present, leading to some former pros, such as Greg Rusedski, to suggest that his Grand Slam career is effectively over. Given that this would likely result in the Swiss megastar getting back on court in his forties, quite how this would help his Grand Slam career other than providing an excuse for tennis historians of the future to decry his rivals’ achievements is unclear.

Federer, of course, is one of the legends of the U.S. Open historically, having won it five times, oddly within a golden period of success only, between the years of 2004 and 2008.

If the U.S. Open is due to kick off on August 31st at Flushing Meadows, as reported by Fox in the United States, it could well do so without the reigning world number one, too. Novak Djokovic has said that he doesn’t like the idea of players being forced to play. That statement was made about vaccines, but with no COVID-19 vaccine even looking likely to be in use in 2020, Djokovic is most likely to avoid New York.

“The rules they told us we would have to respect to be there, to play at all, they are extreme,’’ Djokovic said in an interview with Serbian TV station, Prva. “We would not have access to Manhattan, we would have to sleep in hotels at the airport, to be tested twice or three times per week. They want the tournament to go ahead at any cost for economic reasons, which I understand, but the question is how many players are willing to accept those terms?”

Novak Djokovic beat Roger Federer in dramatic fashion back in 2015, of course, in what is now regarded as a modern tennis classic as the Serbian superstar won his 10th Grand Slam title.

The champion from 2019’s U.S. Open was neither Federer or Djokovic, however. It was Rafael Nadal. The Spaniard had said little about defending his title under a recent conference call where he outlined his current feelings.

“If you [ask] me today, I will say, ‘No,’” Nadal said at the tail-end of last week. “In a couple of months? I don’t know. Hopefully, ‘Yes.’ But we need to wait probably until we have more clear information about how the situation is going to be in New York in a couple of months.”

Nadal, of course, would be favourite to win both the U.S. and French Opens if Novak Djokovic doesn’t play, and while there may be an element of a Mexican stand-off to the media representations of those quotes, in reality the two men are friends and have raised funds for charities fighting COVID-19 together during the pandemic. Of the last five Grand Slams, Nadal has won two, with the Serbian having mopped up the other three.

Will the so-called ‘Big Three’ play? The current odds include them all in their forecasts, with Novak Djokovic at 6/4, reigning U.S. Open champion Rafael Nadal at 4/1, with Federer a more distant 8/1. Last year’s runner-up, Daniil Medvedev, is an appetizing 10/1, especially given the chance he’d have if none of those favourites play.

Back in April, USTA CEO Mike Dowse called the idea of a U.S. Open a ‘highly unlikely scenario’, but there has been a reversal in that message since.

“The right thing to do for the sport is to play,’’ USTA spokesman Chris Widmaier said this week. “If [we] can do it safely, our goal still is to play.”

If the event goes ahead, there’s every chance that it could do so without one or all of the ‘Big Three’ in men’s tennis. With the projections currently suggesting the U.S. Open would lose out on half of its revenue without ticket sales or hospitality money – those glasses of Pimms aren’t cheap – the damage is already great to what has previously been one of the biggest  money-spinners outside more traditionally States-led sports such as American Football, NBA or Major League Baseball. The latter looks like it won’t take place at all, while the recent race riots are threatening to impact hugely on the appeal of the NFL as things stand.

If the U.S. Open goes ahead without Djokovic, Nadal and Federer, the reality is that the brand itself will be diluted by comparison with previous years. Where Wimbledon sacrificed one year’s financial gain for an ongoing reputation as the Championships, it is starting to look more and more likely that events at Flushing Meadows will go in the opposite direction.