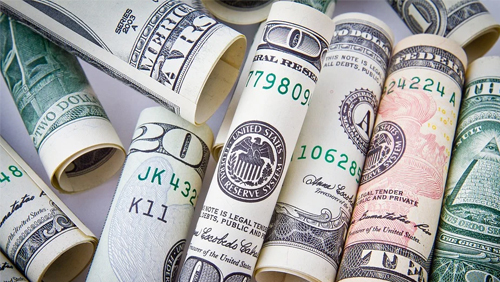 Prior to the end of last week, the Philippine Amusement and Gaming Corp. (PAGCOR) had contributed almost $240.5 million to the country’s bankroll from its 2019 earnings. The gaming regulator, as well as casino operator, continues to do its part to help the Philippines recover from the coronavirus pandemic and added some more money to the pot last Friday. In an announcement by PAGCOR, it said that it had paid “cash dividends” to the government treasury worth $100.3 million, bringing its total contribution this year to $340.8 million.

According to PAGCOR Chair and CEO Andrea Domingo, the money is to be used primarily to support the government’s anti-coronavirus efforts, and was provided after a request was made by the country’s finance secretary, Carlos Dominguez. The group added, “There’s a need to infuse more funds to the government’s effort in battling the COVID-19 pandemic. With our latest cash dividends remittance, we hope to contribute more significantly to that cause. We might have suffered huge revenue losses, but we can’t afford to lose the fight against this global health crisis.”

The latest contribution makes PAGCOR the third-largest contributor to the country’s bank account. The only two entities that have provided more funds are the Bangko Sentral ng Pilipinas (the Philippine central bank) and the Philippine Deposit Insurance Corporation. The money was pulled from the entity’s net earnings from last year, as well as leftover earnings from 2018, and also follows another $290.4 million that has been given to the country’s Socio-Civic Projects Fund, which is directed by the Office of the President (OP).

The agency adds in its statement, “On March 24, PAGCOR turned over P6 billion to OP, in addition to the P2 billion ($40.06 million) and P500 million ($10.01 million) remittances that were released on March 11 and March 1, respectively. PAGCOR, as well as its licensees also donated food packs, personal protective equipment and other medical essentials to frontliners, hospitals and communities in the National Capital Region and some parts of Luzon. The charitable arms of casino licensees have likewise extended direct assistance for the government’s fight against the pandemic.”

The Philippine gaming industry, like many others, has suffered because of COVID-19. However, it is starting to rebound and private-sector casinos are expected to open in Manila soon. The contributions made by PAGCOR come as talk has resurfaced about a potential sale of PAGCOR assets as a means to cover the massive financial losses incurred by the country as a result of the pandemic.