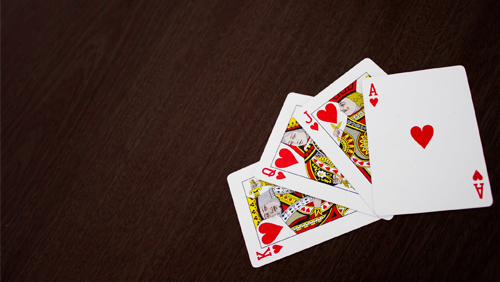 The GGPoker WSOP Super Circuit Series has been a much-heralded success for GGPoker, from the opening announcement several weeks ago right through to yesterday’s conclusion of the GGPoker WSOPC Main Event.

With a $5 million guaranteed prize-pool, 9,779 entries took part over the multiple Day 1 flights laid on by the site, and with 1,494 players returning for the final day of action, it was ‘schimmelgodx’ who eventually won the $1.27m top prize.

The penultimate event of the GGPoker WSOPSC series, the Main Event took 10 hours of play to reach a conclusion on the final day. The money places weren’t reached on Day 1, so 298 players would leave the party without making any profit on their investments. It didn’t take long for the bubble to burst, however, with just one hour of gameplay required to burst the bubble.

Plenty of big names would reach the money but miss out on the final stages, with GGPoker’s latest sporting ambassador Boris Becker one of them, the three-time Wimbledon champion cashing for $4,939. Others to bank some profit but not threaten the upper echelons of the payouts included Adrian Mateos ($3,284), Fedor Kruse ($6,506) and Justin Zhu ($7,081).

Once the last nine players convened at the final table, the action arguably got even faster. ‘Gius2020’ departed in 9th place for $70,622 having failed to go one place better than their earlier runner-up result in the Series’ ‘Colossus’ Event #13. All-in with ace-high, pocket kings proved too strong to crack and they left for a result of $70,622.

If the final table rail was a lonely place, it was about to get busy. The player called ‘wy77’ busted with pocket fives when ‘Biereux’ called it off with pocket queens, condemning ‘wy77’ to an 8th place finish for $101,356.

With seven left, there was an elimination that always seems to happen at a major final table – someone runs into pocket aces. That unfortunate player was ‘MaillouL’, who busted to the monster hand and cashed out for $145,466. It was only a few minutes later that German player ‘CoRoNaTi’ fell just short of the crown in 6th place, cashing for $208,772 when they ran a suited queen into Igutu’s king-high and couldn’t catch up.

Down to five players, it was Greek player ‘tepuseenFD’ who departed next, cashing for a massive $299,627 when their hand, which was ahead on the flop, fell to Biereux’s runner-runner.

With just four players left, play slowed down – a lot. In fact, it took 30 minutes to find the next players to leave, and chipstacks shallowed noticeably. It was Juan Pardo Dominguez who finally bowed out, his push with an ace given the club flush treatment by the river as Igutu won a big pot. Winning $430,022, Dominguez should probably have been followed from the table by the eventual winner, but somehow, ‘schimmelgodx’ managed to survive a decimating hand with Biereux that left him sat with just three big blinds.

As it happened, ‘schimmelgodx’ recovered, doubling up and stabilising, leaving Igutu to finish in 3rd place for $617,164 instead. ‘Igutu’ was all-in with queen-jack, but was dominated by king-jack and couldn’t hit to survive. Schimmel translates as ‘mould’ from German to English, but the winner of the event would come into the heads-up fresh as  a daisy, triumphing from a heavy chip deficit to come back and win.

With a huge hand where both players had two pair leaving Biereux with just five big blinds, soon afterwards, Biereux moved his smaller stack into the middle with top pair on a jack-high flop. While his kicker of a queen was decent, ‘schimmelgodx’ held two pair on the flop, which held the lead right through the river.

‘Biereux’ cashed for $885,747 as runner-up, but it was ‘schimmelgodx’ who won $1.27 million and the much-lauded WSOP Circuit Main Event ring.