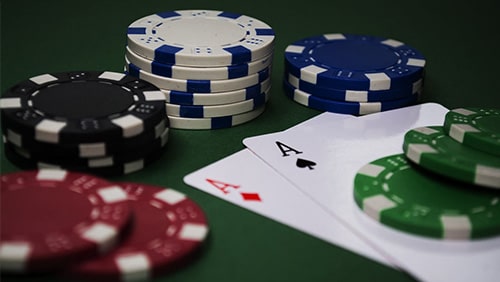 The WPT Alpha8 tournament series was born. Nine events and two years later, the series ground to a halt, going out with a whimper, barely announced, yet high roller events seem to be more popular than ever before. So why didn’t Alpha8 work?

The buy-in was a whopping $100,000 (or in other countries’ currencies, £100,000 or €100,000, for example). That shouldn’t have put players off, however, and Season 1 visited Hollywood, London’s Park Lane, St. Kitts and Johannesburg in its quest to provide high rolling thrills to its players across four tournament stops.

Unfortunately, across those four events, they averaged less than 20 players per event, and Philipp Gruissem won back-to-back events in London and St. Kitts. It was great for the German poker legend, but in terms of advertising the opening season, the WPT would have loved four different faces to share. The 10-player Johannesburg event saw Dan ‘Jungleman’ Cates win just $500,000.

In Season 2, just over a year later, the Alpha8 circus rolled around to London and returned to Park Lane in Mayfair to The Palm Beach Casino. This reporter was there, hunched into the cosy boutique casino’s snug velveteen walls, with the World Poker Tour film set taking up much of the casino proper.

Just 17 players took part, which included six rebuys, and while there were fascinating aspects to the game – it was the first meeting of Antonio Esfandiari and Sam Trickett since the two men battled for who would get the lion’s share of $28 million in prizes for the top two players in the original Big One For One Drop – the event itself was quiet. Daniel Colman won it for £600,000, beating the German player Max Altergott heads-up, but there was an imbalanced nature to proceedings.

Tony G walked out – and right through the set – after being bubble boy, but there was nothing new about that. There seemed to be a large group of German Super High Roller players working very much within the rules to share information at breaks and succeeding by selling action. It’s happened forever, but in a tournament with so few entries, it stands out.

This hand involving some next-level play is a great example of what the WPT Alpha8 was all about. It’s a stunning call by Daniel Colman, who was in the heater of his life during the period that WPT Alpha8 was broadcast. It’s just not amazing TV is the problem. Where other big buy-in TV shows of the past were packed with characters who loved to talk, Colman and Schindler are elite pros who see no benefit in being so entertaining, as shown in this hand:

After all was said and done, the WPT Alpha8 ground to a halt after just one stop of Season 3, as the best-attended leg of the Alpha8 in its time saw 45 players pony up $100,000 at the Bellagio as part of the WPT Five Diamond Classic.

Broadcast on Fox Sports 1, the WPT Alpha8 series was fronted by Lynn Gilmartin and involved Ali Nejad and Liv Busquet on the commentary side of things. With Vince van Patten and Tony Dunst slipping into those seats in Seasons 2 and 3, hopes were big at one point that the Alpha8 brand would go on to be a regular part of the World Poker Tour main show on television.

That never transpired, however, and with the late advent of popular high roller series such as the much-lauded Super High Roller Bowl, it’s easy to see how if it had arrived at a different time how the Alpha8 brand might have had a better shelf-life.

The brand certainly had a better shelf-life than the trophy players won for taking down each stop. I fondly recall the players being shown the trophy at the first London stop, where some confided in me about the sheer weight of the thing. Pondering that it might be better to get the thing melted down and exchanged for local currency, one player from America told me the problem that anyone who had far to travel back to might encounter along the way.

“How am I going to get that thing on the plane?” they asked me in a hushed tone. “I don’t think I could bring it home!”

Sadly for high roller fans, the makers of the WPT Alpha8 series experienced exactly the same problem. To date, there are no plans to resurrect the brand, and with live poker unlikely to make a return in the coming months, that doesn’t look like changing any time soon.