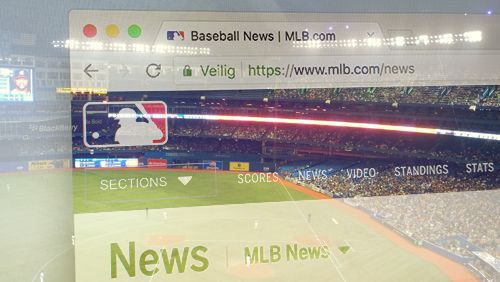 Time is running out if the US is to see any professional baseball in 2020. The back-and-forth between MLB team owners and players continues, with one proposal after another being sent – and rejected. The MLB had presented an economic plan to restart the season to the MLB Players Association (MLBPA) a week ago, which was immediately rejected by the union. A counterproposal was then sent back with the rejection, which, while not completely tossed in the trash can, wasn’t totally accepted, either. A new counter-counterproposal is now on the table, but a decision has to be made soon if there is going to be MLB baseball this year.

In the MLBPA’s counterproposal, a longer regular season and deferred salaries were included, items that many knew would meet a brick wall with team owners. Now, owners are suggesting a much shorter season – somewhere around 50 games (the previous numbers have been anywhere from 82 to 114) – in order to try to maintain a schedule that will allow the league to stay on track going forward. The good news is that the owners are willing to support the ide of prorating players’ 2020 salaries, depending on the number of games that are ultimately played.

According to ESPN’s Jeff Passan, “Major League Baseball intends to propose a shorter season in which they would pay players a full prorated share of their salaries, sources told ESPN. The league believes the late March agreement allows it to set the schedule, and that this would fulfill players’ pro rata desire.”

The owners aren’t totally responsible for the movement on the negotiations – league commissioner Rob Manfred has the legal authority to alter the length of the season, and could have been involved in coming up with the latest figures. When the MLB and the MLBPA signed an agreement following the suspension of the season because of COVID-19, that contract included a clause that would allow Manfred to designate the number of regular-season games and pay players 1/162 of their regular salary per game played. The relative part of that agreement reads, “Based on that feedback received from the Players Association, the Office of the Commissioner will construct and provide to the Players Association, as promptly as possible, a proposed 2020 championship season and postseason schedule (or multiple schedule options) using best efforts to play as many games as possible, while taking into account player safety and health, rescheduling needs, competitive considerations, stadium availability, and the economic feasibility of various alternatives.”

The good news is that there seems to be progress in the negotiations, which is important for both the league and fans. Of course, having Manfred force the issue is not the ideal solution, as it would put players’ backs against the wall, and that could lead to more issues down the road, especially when it comes time to renegotiate the collective bargaining agreement. However, there’s no need to get ahead of ourselves, and we have to get over this first hump before discussing what may or may not happen next year.