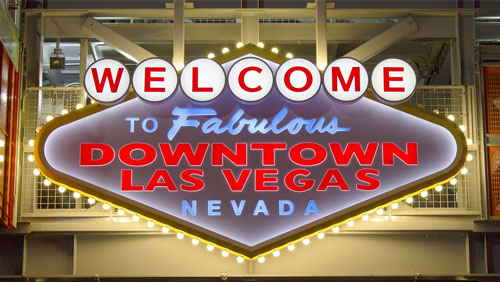 For the past couple of months, Nevada casinos could only count the days, waiting for the go-ahead from Governor Steve Sisolak to reopen their doors. The coronavirus has hit the Silver State harder than others, with total casino revenue for April reaching just $3.6 million – pennies compared to the $936.4 million reported a year ago. When the announcement was made recently that June 4 would be the rebirth of the gambling industry in the state, casino operators become cautiously optimistic as they saw the possibility of beginning to recover lost ground. However, it looks like that first step might have to wait a little longer. The presence of National Guard soldiers with rifles and flak jackets might be a deterrent for almost anyone that had been considering a visit to a local gambling venue.

The U.S. is embroiled in a not-so-friendly protest that follows the death of an unarmed man at the hands of police in Minneapolis, Minnesota. The coronavirus-caused lockdown served as a pressure cooker for emotions, and the drama that unraveled with George Floyd caused that pressure cooker to explode. Across the country, massive riots have been held for days, with police precincts, stores and banks, among other things, being burned. In Nevada, Reno and Las Vegas, the state’s two biggest gaming hubs, have not been immune to the violence, and the National Guard has been called in to help try to bring order back to Reno.

Reno’s City Hall and its police headquarters became targets of the protestors’ fury, leading to the call for help from the Guard. Curfews have been put in place across Reno, and the Guard could stick around this week if things don’t calm down. If that’s the case, the city’s casinos may not look as attractive to those who would have otherwise been eagerly waiting for June 4 to roll around.

In Las Vegas, police continue to patrol the streets in an effort to keep things from getting out of hand. For the most part, and compared to Reno, things have been relatively tame – minor skirmishes with the local police have led to some arrests, but things have not been anywhere as violent as what has been seen elsewhere. Still, as in Reno, adding coronavirus fears with rioting fears equals more reluctance on the part of gamblers to venture out into public.

Casinos are still going to open, however, and perhaps things will have calmed down enough by this Thursday to allow them to get back into action. A number of Reno casinos have already confirmed that they’re ready to move forward, and Sin City’s gambling sector is just as anxious. At this point, it’s another waiting game, just like with COVID-19, but, hopefully, one that won’t take as long to see the outcome.