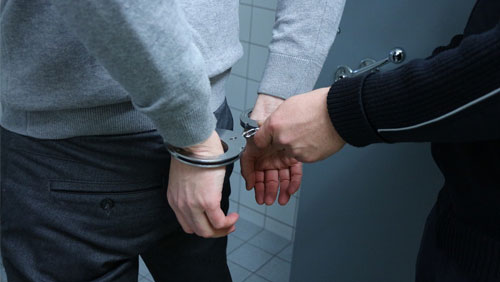 Last week, the Fontana Leisure Parks & Casino in the Philippines found itself at the center of unwanted attention when it was revealed that a villa on the property was being used as a makeshift, and illegal, hospital for coronavirus patients. Two individuals were arrested in conjunction with the facility, which reportedly catered to Chinese nationals, and the news was received as nothing more than standard operating procedures for Jack Lam, the enigmatic and controversial individual who has, on more than one occasion, found his name associated with activity that didn’t appear to be on the right side of the law. The Fontana has now spoken up about the ordeal, asserting that the entire story was blown out of proportion and that it had nothing to do with the alleged hospital.

The Fontana was forced to be shut down following the arrest of the two operators of the clinic, 45-year-old Hu Ling, who owned the facility, and Lee Seung-Hyun, a 38-year-old pharmacist. In communication it had with Inside Asian Gaming, the property asserted that it had “absolutely no involvement or participation in alleged illegal operations,” adding that the villa in question was considered a private residential villa that was under the exclusive control of Shidaikeji Technology Corporation (STC), a company that, according to the Clark Development Group, provides support services to Philippine Offshore Gaming Operators (POGO).

STC sent a letter to Fontana that was designed to explain what was going on in the villa. Included in the correspondence, the company stated, Because of the crisis, we have been forced to use our villa to respond to our employees’ own needs. However, we are not operating a COVID-19 clinic in the villa.” The statement seems to contradict what was uncovered when the villa was raided, as investigators found seven beds, a number of trash cans full of syringes, different medicines and medical supplies.

Despite the presence of the hospital equipment, the two individuals said to be running the operations were released the same day they were arrested and are currently not facing any charges. This is because the medicines found have to be tested by the Food and Drug Administration (FDA), which had been involved in the raid, to determine what they are. The FDA hasn’t been able to allocate the necessary resources yet, but is expected to complete its investigation soon.

According to the chief of the Criminal Investigation and Detection Group in Central Luzon, Colonel Amante Daro, the FDA is expected to assert that the medicine found at the villa, as well as in an off-site storage facility, were not FDA-approved medicine and are, therefore, illegal. That verification would allow for charges to be brought against the operators of the hospital, as well as anyone else found to have been involved.