Home / Bitcoin / Why esports and Bitcoin are a natural match 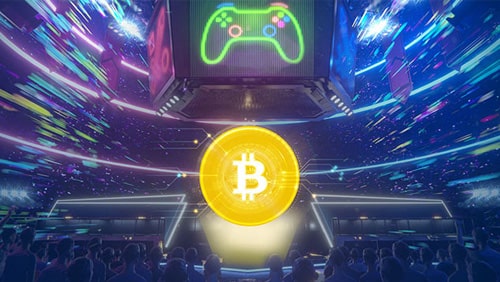 This is a guest contribution by Jon Southurst, a writer with CoinGeek.com. He explains why Bitcoin SV and esports are a match made in heaven, as the micropayments and traceability open up the vertical to entirely new possibilities, perfectly suited for online competition. This article first appeared on CoinGeek.com.

Esports, aka competitive video game tournaments, is one of those ideas that’s been touted as perfect for Bitcoin since the beginning. Easy payments and prize pools, portable game item ownership, provably fair games with permanent and transparent records, anti-cheating measures, accessibility from anywhere, and a billion-dollar market. So where are the stadium-sized Bitcoin esports events? Let’s take a look at the issues to find out why you might be seeing some soon.

It’s not as though no one has tried to make Bitcoin esports a thing. Like many other ambitious ideas, though, they often ran into the blockchain industry’s technical (and human) limitations. Bitcoin Core’s (BTC) hobbled block size nixed the idea of any kind of blockchain there. Others, like Ethereum and EOS, have had more appeal for game builders but still suffer from those platforms’ technical and scaling limitations.

Then there’s the problem of convincing the big companies and players in the gaming industry that Bitcoin offers the benefits they’re looking for. This is common in any industry. Even if you believe in Bitcoin and want to build your own esports platform from scratch, there’s the challenge of attracting enough game designing and building talent away from the mainstream producers.

Enter Bitcoin SV, which in early 2020 restored the original Bitcoin protocol and removed all data limits. Companies like Kronoverse, with its “CryptoFights” combat/strategy game, have made the jump from Ethereum to Bitcoin and serve as the most prominent demonstration of Bitcoin’s esports capabilities.

Kronoverse have cited advantages unique to blockchain, like verifiable results, betting on matches, and game item ownership, as reasons why they chose to build their competition on Bitcoin. They also saw Bitcoin BSV as more technically capable than Ethereum and its Enjin gaming platform.

CEO Adam Kling said, “When I looked at the scaling roadmap of Ethereum, it became clear that we were never going to be able to have a million players playing on Kronoverse. Instead, everyone is having to develop layer-two technologies and are only submitting the results to the Ethereum blockchain. With Bitcoin SV, we wouldn’t have to do that.”

The worlds of “esports,” “online gaming” and “online gambling” share many similarities, but there are components unique to each. We’ll explain the history and background for esports to get an idea what distinguishes it.

Esports as a concept has been around since the 1970s and 80s, but if you’re old enough to remember those times you’ll also remember the games back then weren’t much of a spectacle. Still, there’s always been a certain rush from watching someone play a game you like really well, and the same intensity in watching people compete to be number one on the leaderboard.

It was the advent of multiplayer games, though, that really saw esports take off. Rather than just trying to achieve the highest score, competitors could now play directly against each other in the same game—just like regular sports.

Esports can involve any kind of game. The nature of the market has meant combat games like Counter Strike, League of Legends, StarCraft II and Dota2 have gained the most attention, and many were designed with esports in mind. But there’s plenty of opportunity for simpler games and games for all demographics. All that’s needed is someone to organize the competition and build the system.

Kronoverse’s CryptoFights, for example, is designed for competition yet played only on mobile devices. The possibilities it and other similar ideas offer are endless.

There’s been a lot of debate over the years over whether esports can be classified as “legitimate sports”. However that argument is pretty irrelevant if esports tournaments can haul in crowds (and money) on par with the more physical kind.

Some market projections claim esports could even eclipse popular sports tournaments like Formula One or the UEFA Champions League in revenues, topping US$2.3 billion by 2022. Moreover, those projections were made before March 2020, when the world began its preference for online interaction over physical crowds thanks to the COVID-19 pandemic.

Esports tournaments have frequently taken place in actual stadiums. But if it’s the kind of game or tournament that can be played online, esports is actually more accessible to more potential competitors, enhancing its appeal.

Claims that 106 million people watched the World Esports competition in 2017 was enough for even the International Olympic Committee to hold a summit on the matter. While participants argued esports could be considered sports, there were concerns over violent game content and the lack of an international regulatory body. There are still campaigns to feature esports at Olympic events somehow, even if as a demonstration sport or showcase side event for starters.

Just like regular sports, though, you don’t need to be playing at tournament or stadium level to enjoy them—or even make money. Competitions can be any size, and prize money can be pooled from admission fees even if there isn’t a corporate sponsor. Home viewers can interact with the tournament in more ways than say, a football match on TV. There’s also a secondary market for gambling on who’ll win, if that’s permitted in your jurisdiction.

Transparency, fairness and the problem of cheating

Game integrity—whether esports games are equally fair to all players, and detecting who might be cheating—has been a big problem for the industry. This is especially true if a tournament happens online and if players are using their own devices.

Kronoverse says Bitcoin plays a big part in overcoming these problems. Game elements like item ownership, game rules and moves can all be recorded on the blockchain permanently. Others can scrutinize and analyze these records to see if anything untoward has taken place, no matter when the game was played.

Here’s where Bitcoin’s unlimited scalability comes into play. Blockchains designed for data processing, like Ethereum, have hit snags when on-chain projects became popular. BTC can’t do data. Both have had to lean on second-layer protocols to handle large quantities of data (or in BTC’s case, anything much at all) and all these “solutions” come with their own set of costs.

Still, it will take one successful esports platform to run on Bitcoin BSV before larger players will see its benefits in action. Kronoverse hopes to be that leader, and has been beta-testing CryptoFights since late 2019. It hopes to hold more open betas in the coming months and launch a marketplace by the end of 2020, with a fully-playable game and competition following after.