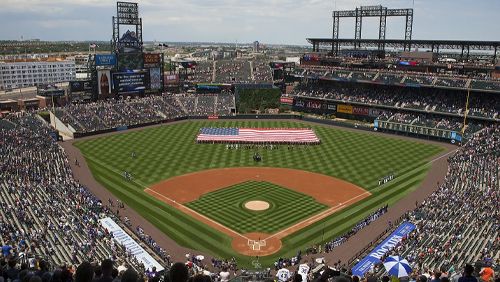 Baseball in the U.S. has been at a standstill because of the coronavirus, which came in and knocked MLB on the head before Opening Day in March. Since then, everyone has been in a “wait-and-see” mode until a determination could be made regarding when games could be resumed. As the league continued to suffer economic damage, team owners were getting more frustrated and began to make crazy assertions for when the action resumed, such as players taking a bigger cut in salaries, while the billionaire owners reaped more benefits. That started a rift that threatened to force the cancelation of the entire season, but progress is now – slowly – being made. If things go well (which is still a huge if), MLB could see a return to spring training within just a few short weeks.

MLB owners and the MLB Players Association (MLBPA) are actively trying to work out how best to make a return to the diamond. One proposal centers on the health aspect of a resumption of games, while another concentrates on how to overcome the economic hardship COVID-19 has caused. The former has already been sent by owners and management to the union, which provided its response yesterday. The latter was only handed over yesterday, and the players’ take on the suggestions won’t be known until probably early next week.

Among the options included in the 67-page health proposal, among plenty of others, were “frequent” testing of players, a ban on the use of showers and hydrotherapy equipment and arriving in uniform to the ballparks. Players didn’t react favorably to the majority of the suggestions, rejecting having to wear their uniforms to the parks and balking at the idea of not being able to use the showers or hydrotherapy equipment. Instead of “frequent” testing, they want players to be tested more often. The owners and managers will now have to review the union’s input and come up with a counterproposal.

While that’s happening, the union and player representatives will be mulling over the economic proposal. Owners have tried to argue that they stand to lose as much as $4 billion if players don’t take further pay cuts, an assertion that players don’t buy. They believe the owners are exaggerating the potential losses to justify not paying the players, and add that the owners are in a better financial position to incur the losses.

Details of the economic proposal haven’t yet been released, so it’s hard to know what will happen next. Baseball players want to get back on the field, but not if it’s going to see them get the short end of the stick. If owners can irrefutably demonstrate how they will receive the economic impact they have stated, then players might be willing to reach an amenable deal. If not, professional baseball most likely won’t happen this year.

MLB owners are under the gun. They want to start making money as soon as possible and, for that to happen, want Spring Training 2.0 to begin no later than June 10 leading to a regular-season launch on July 1. However, an agreement has to be reached by June 3 if that timetable is going to be met. That means that the owners will have essentially one week to make peace with the union once they receive the responses to the economic proposal. The good news is, if everything goes well, baseball fans could see some live action in just a few short weeks.