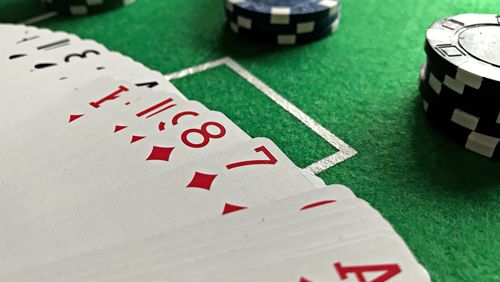 It was a case of ‘Oh, Canada!’ as three Canadians dominated the final table of the GG Poker WSOP Super Circuit Series High Roller Championship.

In a popular event, the latest GGPoker/WSOP collaboration as part of the Super Circuit Series handed out the latest Championship Ring to the Pot-Limit Omaha High Roller winner ‘ChilaxChuck’, who had entered for $10,000 and cashed out for $442,041 at the end of the tournament.

The route to that victory was anything but simple, after eight hours of intense PLO action saw the final table of six players reached when ‘DaddyDayCare’ busted in 7th place for $76,868. At that point, ChilaxChuck had all the work to do, coming into the final table as the lowest chip stack at the table.

The final table action was just and fast and furious as what came before it, with the last half-dozen of 234 event entries all going for the win from the off.

ChilaxChuck got an early double-up right back into contention as they bumped to around 500,000 chips, and that was just the start of an amazing run of form at the felt.

ChilaxChuck busted all but one of their opponents at the final table, starting with ‘SUPERUNKNOWN’, who departed in 6th place for $102,888 when the Israeli player’s luck ran out across a board that gave ChilaxChuck two-pair on the turn and a full house with jacks over sevens on the river.

Busting in 5th place was ‘4sigma’, who earned over $137,000 when they saw ChilaxChuck again river the best hand. The player known as 4sigma had top pair of tens with a king kicker, which was already behind ChilaxChuck’s pocket queens, but another queen on the river ended 4sigma’s hopes.

ChilaxChuck continued their rampage soon after the exit of Mikhail Tal, the Croatian player busted by ‘BailaMorena’s pocket jacks. ChilaxChuck eliminated ‘SillyRabbit’ in 3rd place for $246,730 when their two-pair on the turn was flushed by ChilaxChuck on the river, the nut flush for good measure.

Heads-up was a turnaround affair, as while ChilaxChuck had done all the busting movies, BailaMorena had the chip lead with 1.7 million to ChilaxChuck’s 633,148 chips. That turned on its head when pocket aces were good enough for ChilaxChuck to double up in full, and the contest was over when ChilaxChuck rivered a flush for the winning hand.