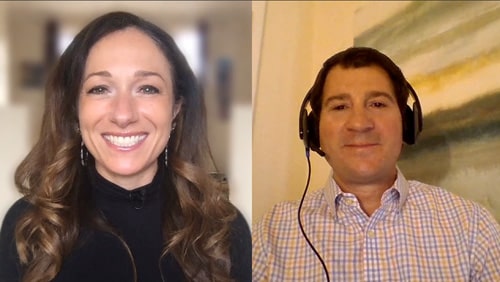 Despite the clear problems created by the COVID-19 pandemic, the gambling industry has started to find opportunities to grow and achieve some positives as a result of the massive changes we are now experiencing. Founder and CEO for Corridor Consulting John Pappas is fairly positive about how the industry can come out of this, so our Becky Liggero Fontana caught up with him during the SBC Digital Summit.

One of the benefits of this pandemic has been the kind of simplicity the pandemic has brought to lawmaking, allowing some states to bring forward their own gambling initiatives. “Positive or negative, it is having an impact across the country, and we expect that we’re going to see regulations for internet gaming slow down, but in some cases they are speeding up,” Pappas said. “I’ll use Michigan as a great example. Michigan had passed an internet gaming and internet sports betting law at the end of last year. The expectation is that they wouldn’t launch those products until 2021, but right now the Michigan regulators and the Governor recognized the need to get those products up and running to bring new revenue into the state, so they’re fast tracking that. And we would expect to see Michigan maybe launch sometime at best case scenario late summer, early fall, but that’s still fast tracking it about 3 or 4 months.”

That’s not the case everywhere, unfortunately. “Where we’re seeing the slowdown is in the states where were in the process of debating legislation, because all those legislatures are closed right now, and it’s kind of a scattering of when they’re going to come back,” he said. “Some states may come back as soon as next week, but the sessions are going to be very limited.”

For those states that have nothing gambling related passed and ready to implement, Pappas cautioned against trying to go for the obvious money grab. “There is a risk anytime we’ve seen a state authorize internet gaming or sports betting, when they’re doing it to fill a budget gap, we’re always seeing very high tax rates and extremely high licensing fees, which as we know from the industry, that makes it very difficult to compete with the unregulated market,” he said. “When you have a high tax rate, it makes barrier to entry very high, when you have a $10 million, $20 million licensing fee. There needs to be both an education on internet gaming can bring revenue, but you have to do it in a responsible way. You can’t be short sighted and say ‘Hey, let’s try to squeeze as much juice out of this lemon as we can,’ because then at the end, you don’t have any juice left.”

When regulating new gambling activities comes up, one of the biggest concerns is always to do with problem gambling. Pappas acknowledged that the industry has to do their own part. “I think there is a heightened sense of, ‘Hey, people are stuck at home, people with problems, are they going to be exposed?’ And I think there’s a real legitimate concern there,” he said. “So I think industry being proactive, and not just saying ‘Hey, do this because it’s going to create a lot of revenue.’ Just say, ‘Hey, let’s do this in a thoughtful way, let’s do this in a way that protects consumers right now in this COVID era, but also longer term.’ That needs to be part of the message. If it’s not, we can’t just pay it lip service, they actually have to demonstrate how the industry is being responsible. And if they don’t do that, the backlash is going to be far worse.”

Finally, when asked for his predictions for the industry going forward, Pappas saw the biggest opportunity in his favorite game. “Poker is cool again,” he said. “I’ve been ahead of my time on this for a long time. I have obviously a personal passion for the game of poker, as a poker enthusiast but also as an advocate of the game for over 10 years in my role as Executive Director for the Poker Players Alliance.”

He suggested that operators should look hard at offering poker, if they haven’t already. “I think we saw in New Jersey that the revenue from Poker was up 100% in March versus February, I think we’re going to see those numbers continue to rise. And you’re exactly right, Poker is a very social game, and it’s certainly during this time, a great distraction, and the great thing about Poker is that you can play for such low stakes. A $5, $10 buy-in tournament can entertain me for 3 or 4 hours. And that is amazing dollar for entertainment time, you’re not going to get that anywhere else. So I think online poker really is well positioned as a product to talk to lawmakers about, and it should always be a part of the equation.”