Home / Casino / Mississippi casinos to reopen May 21, other states cool their heels 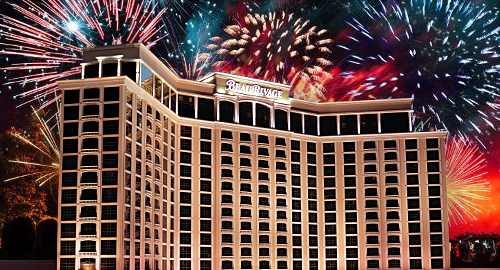 Mississippi’s casinos have been cleared to reopen starting May 21, but Kansas, Massachusetts, Missouri and Ohio casinos will have to wait a while longer.

On Thursday, the Mississippi Gaming Commission (MGC) announced that the state’s commercial casino operators can choose to reopen at 8am on May 21, just ahead of the Memorial Day weekend. Gov. Tate Reeves ordered the casinos closed on March 16 as the state tried to limit the spread of the COVID-19 coronavirus.

On Friday, the MGC will release guidelines detailing the rules that casinos will have to follow to ensure safe gambling, including social distancing policies that will limit how many slot machines can operate and how many individuals will be allowed at gaming tables.

Mississippi has 29 commercial casinos (some land-based, some riverboat) and three tribal casinos, although the latter aren’t subject to the MGC’s oversight. In 2018, Mississippi’s casinos generated combined revenue of $2.14b, the seventh highest gaming state in the nation.

One of the states that outranked Mississippi was its neighbor Louisiana, which boasts 20 commercial venues and five tribal casinos. Louisiana casinos have been cleared to reopen as early as Monday (18), although New Orleans casinos will have to wait until city officials give their okay. The Golden Nugget Lake Charles has already signaled it will be among the casinos in Monday’s starting gate.

All of which must frustrate the hell out of Massachusetts’ three casino operators, who learned Thursday that their closure won’t be lifted this month. The Massachusetts Gaming Commission unanimously voted to extend the shutdown – which started on March 14 – until “at least June 1,” at which time the situation will be reassessed. Again.

Representatives of all three Massachusetts casino operators – MGM Resorts, Penn National Gaming and Wynn Resorts – sat in on the Commission’s conference call. Brian Gullbrants, president of Wynn’s Encore Boston Harbor casino, said “all of us are expecting a much later opening” than they’d like, but are apparently willing to play ball with Gov. Charlie Baker’s as yet non-specific plans for restarting the state’s economy.

Similar disappointment was heard in Missouri on Thursday as the Missouri Gaming Commission announced that its 13 commercial casinos will remain closed until at least June 1.

There’s even less certainty across the border in Kansas, where Gov. Laura Kelly just announced that she was adding a ‘phase 1.5’ step to the state’s economic restart. The state’s casinos had hoped to be part of ‘phase 2’, which was set to take effect on Monday (18). But Kelly said the number of new COVID-19 cases “has not shown the downward trajectory necessary to move into Phase 2.”

In Ohio, Lt. Gov. Jon Husted said Thursday that horseracing could resume on May 22 on a ‘behind closed doors’ basis, but racinos (racetracks with slots operations) and casinos would have to wait until some future, unspecified date.