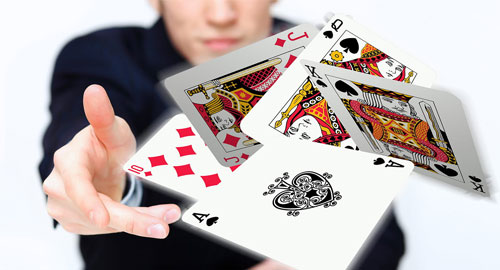 A big night of charity action raised a million dollars to help victims of the Coronavirus as well as other charities. Featuring players such as Don Cheadle, Ed Norton and Hank Azaria, the action was hot from the get-go, as some of Hollywood’s finest played power poker and discussed some of their movies in the process.

Azaria made an impassioned plea for players and fans to join in the fundraising as the hour approached:

This is the highlight of my quarantine – if there is such a thing. So excited to team up with @PokerStars for an epic event to raise much-needed funds for COVID relief. #StarsRaising https://t.co/eI7L7IsV2Z pic.twitter.com/B452DETfSK

Ed Norton busted in 15th to Breaking Bad actor Bryan Cranston, while others such as Jennifer Shahade and Chris Moneymaker acted as slayers to players like Jack Stanton and Michael Ian Black.

With six players left, it would be English rugby star Mike Tindall who busted first, his all-in move with king-jack called on by Shahade’s king-queen which held.

Busting in fifth place was Moneymaker himself, as his ace-queen was overtaken after the chips had gone into the middle by Casey Affleck’s ace-deuce, which hit a deuce to eliminate the 2003 WSOP Main Event winner.

Affleck, however, didn’t last too much longer, his move with ace-nine reported on the PokerStars blog as being called by Brazilian footballer Douglas Costa with pocket nines which reduced the field to three.

Costa would make the heads-up, but Shahade would not, her all-in with ace-queen called by Costa’s ace-ten. The flop brought the flush draw for Costa, and that came in on the ironic river as the queen of diamonds gave Shahade top pair with top kicker but fulfilled the flush for Costa.

In the end, it would be David Costabile who took the win and $100,000 for his charity as the final hand saw Costabile, who was leading going into the final hand after some early aggression, move all-in with pocket fours. Costa had an easy call with ace-king and it was Costabile who coin-flipped his way to the win across a dry board.

Here’s how all the final table players who cashes finished up:

It was a case of a ‘Bridge’ too far for every player except former Chelsea and Manchester City player Wayne Bridge in the side event as the England left-back was the last man standing:

He shoots, he scores! 🎉🏆
A round of 👏 for @WayneBridge for taking down the 2nd-Chance tourney and earning $50K for his charity. #StarsRaising pic.twitter.com/TQhCqytnGB

You can watch what happened in the Stars Call For Action events right here on the PokerStars Twitch channel.