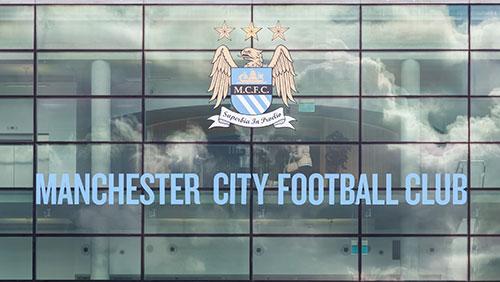 In terms of Premier League history, the most dramatic ending to the season came in the 2011/12 season, where Manchester City scored two goals in stoppage time at the end of the final game to overtake their more illustrious neighbours Manchester United and step out of the

shadows to usher in a new era of North-West dominance.

It is eight years since the “Agueroooo” moment that so cemented Martin Tyler indelibly in the British conscience for global sports commentary. But the season was so much more than that final meaningful kick of the ball that sealed the destiny of the title.

After Manchester United’s 19th English League title was won in May 2011, Manchester City came into the following season under the stewardship of Roberto Mancini with a backroom staff that included former England player David Platt and former European Cup winner for Manchester United, Brian Kidd.

The Charity Shield was not an indicator of what was to come at all, with Manchester United coming from two goals down at half-time to win 3-2 in the final seconds of injury time thanks to a Nani goal that embarrassed Vincent Kompany.

City it was who started the league campaign better, however. Four straight wins right off the bat saw The Citizens soar to the top of the league, and that included a 5-1 thrashing of Tottenham Hotspur at White Hart Lane. A draw at Fulham aside, City enjoyed a flawless first dozen games, enjoying – among other prescient results, a late 3-2 win against Queens Parks Rangers that may have slipped by amid other entertaining results but would eventually prove to be highly predictive of the season’s close.

City won games scoring goals all over the place. They knocked four past Aston Villa, Swansea and Blackburn in the first half of the season. They smashed five past Spurs and Norwich before Christmas too. But it was the 6-1 thrashing of neighbours United at the Champions’ own backyard of Old Trafford that really set the cat among the pigeons.

If City looked destined for the title, then they proved thereafter that they were still resolutely Manchester City. They would not do it easy, and lost 2-1 at Chelsea’s Stamford Bridge on the eve of the festive period.

While that was their only loss of the first half of the season, the second half was to prove very difficult indeed. City suffered a worrying four more defeats between

New Year’s Day and April 8th, each of them by the score of one goal to nil.

Sunderland triumphed at the Stadium of Light. Everton got revenge for the 2-0 reverse at the City of Manchester Stadium. Swansea and Arsenal both recorded 1-0 wins over City, too. Going into the return fixture against Manchester United at the Etihad Stadium, City needed to win to put the destiny of the title back into their own hands.

That they did so 1-0, with a Vincent Kompany header from a corner the only goal said a lot. City had beaten United in both home and away fixtures and were ahead on goal difference – primarily because of that rout at Old Trafford. That would be pivotal more than any other result. If City had won that derby day destruction only 2-1 then at the end of the season, a play-off would have decided the destiny of the Premier League title for the first time in history.

As it happened, however, City went into the final day knowing a win would do. United triumphed 1-0 at Sunderland, and with City losing as the clock ticked into injury time at the Etihad, it looked like Q.P.R. might obtain a win to save them from the drop.

Relegation, however, was not on the cards. Rangers fans heard the news that they were saved already from the stands, and the atmosphere changed irrevocably. Now it didn’t matter what happened for Q.P.R. and it was noticeable. Their gutsy 10-man win seemed ready to drift away as City flew onward in a desperate effort to win the league with two goals.

Amazing odds of 100/1 to win going into injury time, Eden Dzeko rose unmarked from a corner and head home to equalize, and with just seconds remaining in the game, swept on by their fans and the roar of expectancy around the stadium, City pressed forward one more time – with incredible consequences.

Manchester City will never win a league title like the one they did in May 2012, indeed it seems unlikely that anyone ever will. We’ll never forget those final few moments of the 2011/12 season and that Balotelli to Aguero pass, that swept finish, the feverish celebration.