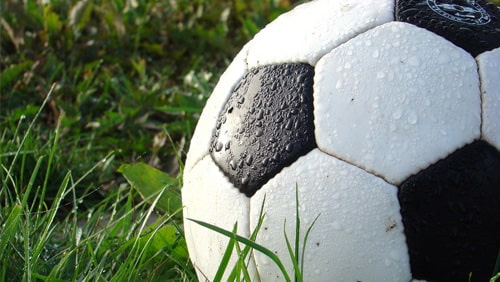 The final game of the 2006/07 season at Old Trafford saw two things – Manchester United crowned Premier League champions for the first time since May 2003 and West Ham United win 1-0 to survive.

The man who scored the winner for The Hammers, Carlos Tevez, would be pivotal in pre-season, with the Argentinian making the switch from Upton Park to Old Trafford. That changed how United lined up considerably, with Tevez and Rooney forming a devastating partnership upfront, complemented by cutting-in wingplay from an old master in Ryan Giggs on the left and young superstar Cristiano Ronaldo on the right.

With a formidable defensive base in Evra, Ferdinand, Vidic and Wes Brown, United employed two ‘quarter-back’ passers of such precision that other teams found it very hard to stop the flow of forward passes. As this video explains, United would let the opposition have the ball, but only in their own half.

While the Premier League would be won again by United, it would be even tougher than the year before, with Chelsea determined to wrest back the title they won in consecutive years in 2005 and 2006 under Jose Mourinho.

The Premier League campaign got off to a stuttering start for United, who had only a single Paul Scholes goal at Portsmouth and two points to show for their first three games, which saw the Red Devils on the brink of the relegation zone. How United bounced back from this bad patch of results was to be a marker for the season.

Sir Alex Ferguson’s side won the next eight games, with Carlos Tevez proving a good addition to the side as it gelled more and more as the season progressed. A big win against Chelsea, who had sacked manager Jose Mourinho in spectacular fashion just days earlier in September would prove to be vital in the final shake-up, goals on the brink of both half-time and full-time from Tevez and Louis Saha the difference against a new manager in West London – Avram Grant.

United surged to the top with those victories, but a draw at Arsenal then a loss at Bolton set a tricky path through the winter period, with United again going on a winning streak just in an effort to keep up. A vital win at Anfield – again courtesy of a Carlos Tevez strike – followed by a Ronaldo-inspired win against Everton in the next match were both important results that saw United go into the New Year in the mix.

In the second half of the season, another win over Liverpool would set the tone as United won 3-0 in emphatic fashion.

The manner of that victory gave United an added impetus in the run-in, with tough games still to play. A home win against fellow challengers Arsenal put paid to Arsene Wenger’s men’s hopes. But a draw United barely deserved at Blackburn just six days later, coupled with a devastating defeat at Stamford Bridge to a resurgent Chelsea put the last two games on a knife edge. United blew West Ham away at Old Trafford, winning 4-1 to put the destiny of the title in their own hands.

That destiny would be fulfilled away to Wigan Athletic as United prevailed in a nerve-shredding atmosphere thanks to a moment of calmness from their oldest player on the pitch, Ryan Giggs.

With the Premier League won in dramatic circumstances, there might usually have been time for some celebrations, but instead, nothing was permitted. That was because the UEFA Champions League final loomed large, with United having reached the final in stunning fashion with a 1-0 win over Barcelona courtesy of a Paul Scholes rocket into the top corner.

The Red Devils had familiar opponents in the Champions League final as Avram Grant’s Chelsea awaited them looking for revenge for their defeat in the Premier League title race.

It was not to be for the London side as United would eventually be crowned European Champions for the third time in Moscow as a pulsating penalty shoot-out in which Cristiano Ronaldo saw his penalty saved, John Terry slipped and hit the post and a moment of magic from Dutch stopper Edwin Van Der Sar decided the final.

Manchester United will always be remembered for the miracle of the 1998/99 season where they won one more trophy than in 2008, grabbing the F.A. Cup too. Maybe they should have done the same in 2008, but Portsmouth’s dogged defensive smash and grab at Old Trafford put paid to that dream. United, however, were in some ways even better than in 1999 in the 2007/08 season and the memories of the rain pouring down in Moscow as United made it three European Cups will live forever in the memory of their supporters.

United would also win the 2008/09 Premier League season as Dimitar Berbatov joined the ranks at Old Trafford and a ‘Fab Four’ of the Bulgarian along with Tevez, Rooney and Ronaldo played together for just one sublime season. Ronaldo left for Real Madrid, Tevez swapped United for City and it was all change in the Premier League thereafter.

Although they would win the Premier League title again before Sir Alex Ferguson retired, many believe that the 2007/08 vintage was the best all-round team the great Scottish manager ever created.