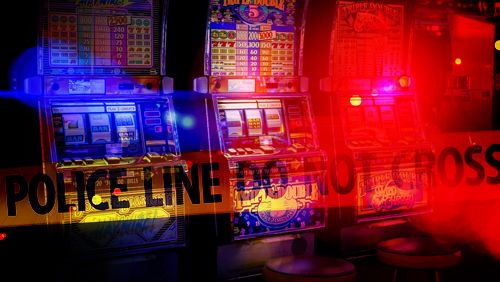 Massachusetts, like everywhere else, took a major hit from the coronavirus. At some point, though, things have to be able to return to normal, and the state’s casinos put together their relaunch plans of attack, dutifully submitting them to gaming regulators for review. That review is expected to happen sometime this week, and there are a lot of possibilities for ramping up gambling activity in the state once again. When the relaunch happens, Massachusetts might be ready to consider some out-of-the-box solutions to generate revenue more quickly, such as outdoor gaming. However, the state first needs to get under control a perceived rise in casino-related crime.

The Massachusetts Gaming Commission (MGC) met last Thursday to discuss how it will handle the gambling revival in the state. It will take into consideration the plans submitted by the state’s three casinos – Encore Boston Harbor, MGM Springfield and Plainridge Park Casino – and guidance handed down from Governor Charlie Baker and the Massachusetts Reopening Advisory Board (MRAB) in making its decision. During that meeting, MGC Interim Executive Director Karen Wells explained, “We are gearing up for the eventual reopening of the casinos. When the casinos are ready to reopen, we will be ready to go.”

“Ready to go” means having established rules that will ensure casinos can comply with social distancing and employee safety measures, as well as guidelines created for acceptable occupancy levels. Since the latter implies a huge reduction in the amount of traffic allowed to enter businesses, one idea being floated is to allow outdoor gaming. Commissioner Enrique Zuniga brought up the idea, comparing it to what is currently being planned by restaurants and bars and their outdoor dining facilities. It’s an idea that had been discussed previously as a remedy to smoking bans, but one that never received a significant amount of attention.

Obviously, the idea of allowing outdoor gaming has a number of implications. There’s a problem with dealing with inclement weather for patrons, as well as equipment, and also safety and security. The launch of Wynn Resorts’ Encore Boston Harbor apparently already caused an increase in crime, and allowing outdoor gaming might possibly make things worse. In the first six months of operations, the city of Everett, where the casino is located, saw an increase in police calls of 4.1%, and a total increase in crime of 6%.

Encore has had to deal with a number of issues since it first opened, and this past March saw police especially busy one particular weekend. However, despite a “modest increase in violent, property, and total crime as well as total calls for the Everett Police Department which may be linked to the casino,” per former Massachusetts Association of Crime Analysts president Christopher Bruce, everyone is pulling together to make a difference. Eileen O’Brien of the MGC asserts, “The MGC commends the continued cooperative spirit consistently demonstrated by our partners in state and local law enforcement, including casino civilian security personnel. Our shared objective is to ensure a safe and secure casino environment, collaboratively identifying and implementing effective, data-driven strategies to identify and mitigate public safety concerns inside the casino and surrounding community.”

Casinos will remain closed in Massachusetts until at least May 18. They were supposed to open already, but COVID-19 has proven to be extremely stubborn, and communities all across the US continue to suffer because of it. With a little bit of luck, Massachusetts will be able to start the rebuilding process within the next week.