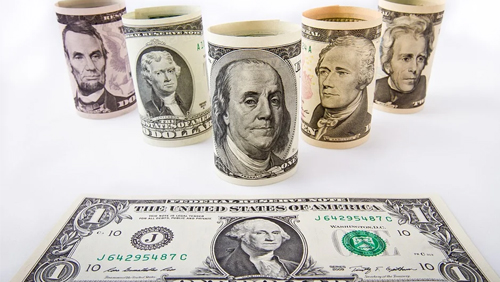 This week’s look at Poker on Screen sticks to the game and nothing but as the 80-minute movie masterpiece Smart Money comes under the microscope.

Amazingly for the time it was made – almost equidistant between World Wars in 1931 – the film features the only time Edward G. Robinson (as Nick ‘The Barber’ Venizelos) and James Cagney (as Jack) made a movie together, despite both being signed to Warner Brothers studios throughout the decade. Maybe it was a way of getting more films out of them to separate them and conquer the silver screen. Possibly they didn’t find the right project with two such strong roles. Either way, it’s a shame, because they are superb together sharing the same frame.

Smart Money was billed to many as a gangster movie, shot as it was after Robinson’s popular movie Little Caesar had reached the cinemas and coming shortly before Public Enemy, the film that made Cagney’s name was released. Smart Money was, as a consequence, buried a little in the years that followed and today sits as more of a quirky footnote than the signature production it should be. No matter. The years have not dulled the gilt and the action is still golden to this day in a way so many other poker movies have failed to be.

The plot is centred around poker ability, the art of seeing the bluff and taking a shot. Nick the barber is played to perfection by Edward G. Robinson, the skillful poker player who runs up a $10,000 buy-in to the big game where he hopes to take on a famous gambler named Hickory Short.

Unfortunately for Nick, he’s about to get a dead trim from a conman called Sleepy Sam, and is trussed up like a turkey, having to return to the clippers with his poker tale between his ears. Far from this unsavoury clash putting him off, however, all it does is put more grease in Nick’s gears and he builds up the buy-in again, in order to return to the real location of Hickory Short and prove he has what it takes.

Along the way there are some dramas with the ladies and between the main protagonist and his right-hand man Jack, in not too dissimilar a way that won an Oscar 30 years later for Paul Newman’s The Hustler as Fast Eddie Felson and Bert bullied their way around the pool tables.

It’s never a gangster movie in a hundred years, it’s a gambler movie and it’s so much better for it. It has a dash of a rags to riches story and is a redemption story without the predictable ending you might think.

From a movie trivia perspective, it’s a thrill just to see some crossover between the golden actors of different genres and eras in the same scene, such as the few minutes shared by Robinson, Cagney and Boris Karloff. The writers of the movie, Lucien Hubbard and Joseph Jackson, were nominated at the 4th Annual Academy Awards in the Best Story category (a category that no longer exists). They didn’t win, but Smart Money keeps paying off nearly a century later.

You can buy the movie on Amazon right here or if you’re in the U.S. you can rent or buy the film a little cheaper right here.