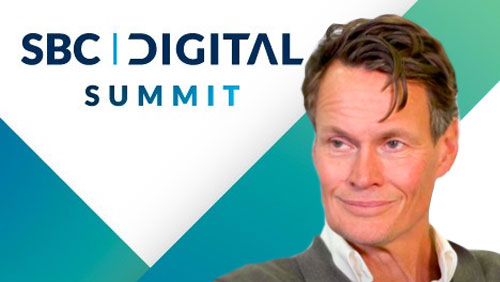 After a successful first day at the SBC Digital Summit, Day 2 kicked off with an Industry keynote, care of Green Jade Games Chairman and Creative Director Jesper Kärrbrink. He kicked off the day by talking about leadership in C-times, otherwise known as the time of the COVID-19 pandemic.

He began by noting that 99.9% of us have never lived through something like this. While it’s a pandemic, he also noted that it was an

infodemic, with so much unknown still. “The big question we are all asking ourselves now is, where are we heading,” he said.

After noting the first wave of this crisis is about health, and the second will be about governments and banks saving the economy, he then asked how iGaming fits into all of this. We’re lucky, he noted, because we are a young industry, we have young employees, and “we have very few people in the risk group.” He also noted that, as digital entertainment, the iGaming industry, outside of sportsbooks, is in the right position to grab at the opportunity presenting itself.

“We are actually doing extremely well,” he noted. Comparing the industry’s situation to the hotel sector, he noted that they are at a point beyond crisis, with less than 10% occupancy. Travel, restaurant, and retail industries have been crushed. He then cited the statement of other iGaming firms, noting they have had nearly no significant impact.

But with this positive performance, he noted we have a responsibility. “There are always people looking at this industry, and I would say today is the most important time to put responsible gaming on top of the agenda.” He pointed to Latvia, Sweden and Belgium, who have increased regulations.

But there are “plenty of negative signs,” he conceded. The world is falling apart around us, with companies going bankrupt, unemployment rates skyrockets, and “there’s a lot to worry about, of course.” But now is the time to look at the positive side, he added, and figure out how we’ll come out of it.

One of those positives, and he admitted it may not be the same for everyone, is working from home. Just removing commuting from many employees lives has probably made them happier, he said. And with that time, they may be prioritizing things that make them happier, like sex. But he could only speculate on that.

But otherwise, we’re learning to care more about each other. We’re learning to use newer technologies, possibly removing same day trips from Malta to London for face to face meetings. “No one going to do that anymore,” he said. The environment will improve too, as the air has already cleared with less cars on the road, and that’s given him confidence that we can help solve the environmental crisis when this is over.

The largest challenge, though, will be to find a balance after all of this. He said, “The largest challenge is actually managing, leading people. Seeing people, without seeing them.” It hasn’t been long enough for us to lose ourselves in the moment, but he noted that if this stretches on much longer, figuring out the management dynamic will be tricky.

And we’re learning, and testing, new ways of working together. He cited virtual Friday beers, weekend lunches over Zoom, and said “It’s working, it’s amazing… This is when you should try new things. Dare to try new things.”

He firmly believes that this is when we are discovering new ways of working. “Why have this expensive office for 200 people when I know, that for most of them, one day or two days of working from home would work perfectly?” he asked. He thinks this will increase productivity, and improve work-life balance. And we should embrace it, he said. “As I said before, if there’s one industry that can adapt from this, it’s the iGaming industry.”

Kärrbrink’s optimistic and motivational speech is just the start of the SBC Digital Summit’s Day 2, and there are plenty of great speakers ahead. You can still register and pick up many of the great insights on offer.