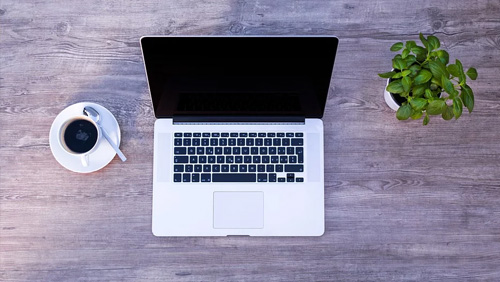 At least when I was in iGaming operations, working from home was one of those mythical things that most people heard about, but never got to experience. Sure, some people had company blackberries, iPhones or laptops, but the majority of the job still got done in the office, because that’s where everybody was supposed to be.

Even as technology improved, and we had the capability to have entire teams work remotely, very few did. Although we emphasized that each of us should be responsible to our work, and respect our teams’ ability to work without heavy oversight, there was this feeling that very few could accomplish their goals without someone hovering over them.

That might be starting to change. Due to the conditions imposed on all of us during this COVID-19 outbreak, more people are working from home than ever before. I don’t have a study to prove that, but I just feel it to be true. And while gambling operations have encouraged staff to be at the office and be with their teams in the past, they’re being forced to adapt to remote working arrangements in the moment.

Is this all temporary, or will businesses find there are benefits to having more flexible working arrangements long term? My hunch is that they will. Allowing responsible individuals the option to decide on their own work environments has an obvious cost savings in office space, but could also lead to more motivated employees who contribute more over the long run. And as many of us are discovering from our home offices, when there’s no office complex to escape after an 8 hour shift, people tend to put in longer hours, too.

To test this theory, I reached out to several of my former iGaming colleagues, the majority of whom are still in the industry, to see how they’re fairing, and if they think a shift to a new norm might be possible.

The first manager I spoke with noted that it was a bit of a struggle to adapt to home based work, and particularly missed the ad hoc meetings only capable by being able to reach out and tap someone for a conversation. “But surprisingly, this work from home arrangement has been working pretty well in our organization where most of the issues gets fixed more quickly now than when we are in the office sitting together.”

What managers are discovering is that employees they once felt they had to keep a close eye on are working out just fine in the confines of their own home. “I’d say that everyone is disciplined enough to respond to calls, chats and emails, and they are responsible answering during the mandatory time that we need to be available during our working days.”

At least from this first operator, they reported that their metrics are continuing to do just fine, even though all work has been forced to be done from home. But that’s not necessarily the case for everyone.

The second iGaming manager I spoke with admitted to quite a few difficulties, and some of the ways working from home just doesn’t work for everyone. “We are a small company and when we get together to discuss next steps or new projects it’s seamless; however, right now even with the technology you can tell that some people are holding back on ideas or their connection get lost and it takes so much longer to get to the solution.”

That adds to the growing pains of suddenly having to deal with processes that worked fine on a common network, but now have to be configured to hundreds of individual connections. Certain shared drives have to be reconfigured, and connections have to be battle tested before they can handle things like player chats.

One area I’m definitely not an expert in is in training new staff, but I know several people who are. As we learned last week, remote training is an option that’s already been proven to work. At least one training manager I spoke with had confidence this could be the new way of conducting business. “Work from home is totally going to be the new norm. Reality is that it is where businesses are headed anyways in the long run, it’s just happening so much faster now. Use this time to step back and plan to be ready with in-demand services/products, polished processes, and highly-skilled staff.”

So after speaking with three people from the iGaming industry, I’d encountered two who were very much ready to jump into a new work from home world, while one was having headaches with it. To settle the score, I turned to a senior manager friend of mine, still in the industry. He did not help settle things at all, unfortunately. He wrote:

“We know that some people take very well to working from home, while many others do not. Generally, being willing to allow some work from home is beneficial but moving fully to work from home comes with a lot of compromises. It’s similar to open office spaces: sounds like a good idea, but it turns out humans work best with a healthy balance of proximity and privacy.”

While I came into this article envisioning an end to office environments completely, learning about the headaches many people encounter from their home office, and the preference some people have to sharing a space with others, helped moderate my overall view.

My contact cautioned that some companies might see promising results during this quarantine period, and try to adapt it to be the long term reality for all of their staff. “I see opportunity for this to be a good thing long term, but only if we avoid taking it too far. A lot of people genuinely work better if they’re in a shared physical work space the majority of the time. For myself and most people in my core leadership team, working from home is an option we love to have, but hate to use.”

I don’t expect the world to go back to normal once lockdowns are called off. We’re all learning a different way to live right now, and iGaming operations are no exception. It would be nice if a few more freedoms come from this, like for well trained and responsible staff to have more power over their own work environments.

But that might be a hoop dream. Without that happening, I’ll be happy to settle for some bosses learning their teams can be just as efficient and productive without a constant eye on them.