Home / Sports / Does playing Esports games train your brain to be more attentive? 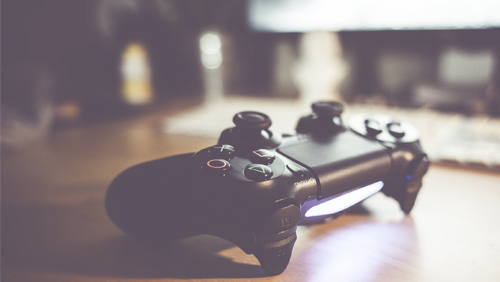 For many years, gamers have claimed that playing video games has made them smarter. Loosely, since the first 8-Bit computer games were popular, however, it has often been remarked by either parents or teachers that gamers are doing damage to their brains rather than good. The accusation that video games have bred violence is one that constantly comes up and yet is refuted by gamers just as regularly.

Finally, gamers in popular Esports such as Warcraft and Age of Empires can now lay claim to their brains being actively trained by the games that they participate in.

A new study carried out by the journal Frontiers in Human Neuroscience has revealed that regular gamers – Esports professionals being a good example of this – can process visual information faster than those who don’t play real-time strategy-based games. These games include titles such as Warcraft, Age of Empires or Total War.

In an interview in The Independent newspaper in Great Britain, Sally Guyoncourt reported that Dr Diankun Gong, the study’s author and Associate Professor at the University of Electronic Science and Technology of China said, “Or aim was to evaluate the long-term effect of experience with action real-time strategy games on temporal visual selective attention.”

According to the research carried out, the findings showed that regular video game players could process visual information faster and had better temporal visual selective attention, choosing what to focus their brain power on more optimally.

Dr Tiejun Liu, who co-authored the study, commented on expert gamers and the improvements made by their regular gaming.

“We conclude that such games can be a powerful tool for cognitive training. Expert gamers [became] more effective in distributing limited cognitive resources between successive visual targets.”

The study was carried out on 38 young male participants, with half of them being expert video-game players.

As the study itself details, action real-time strategy gaming (ARSG) include both action and strategy elements and are fast becoming the most popular games on the market. Not only do ARSG require a focused degree of attention and great hand-eye coordination, but they  also rely on the gamer in question to make strategic decisions based on very quick responses in-game, often while cooperating with their team-mates, just like in traditional team sports such as soccer or American Football.

It was found that visual selective attention (VSA) is not only improved in the game itself by playing for up to 15 hours, but the subjects’ enhancements in two visuospatial working memory tasks improved too. This took in episodic memory as well as short-term memory in its analysis and bears out the theory that video games  have an overall improvement on the capabilities of the brain.

Esports professionals would probably say that they’ve been saying it for years, but next time your younger sibling or friend explains that they’re brain training if they’re playing their favourite video game, they might have the scientific evidence to back up that claim.