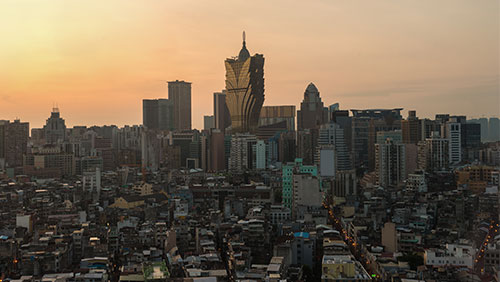 Although Macau has worked desperately to get things back to normal after the coronavirus forced the city to shut down, travel restrictions remain in place that are preventing any type of substantial rebound. Across the city’s border lies the Chinese province of Guangdong,

typically an active launch point for travelers looking to hit the local casinos and shops. However, as the province maintains its travel restrictions, Macau is having to deal with the fallout, and last week’s Easter holiday proved to be anything but a high point for the city. Across the first three days of the Easter weekend, less than 1,000 visitors crossed the border into Macau. Unfortunately, that isn’t even the city’s record low.

The numbers follow a trend that has been seen for the past couple of months, with April consistently bringing the lowest figures. The most visitation in a single day so far was just 360, and the lowest was 210. That occurred on April 4, setting a new record low for visitation to the normally bustling gambling city.

Macau had ordered a temporary shutdown of the city in February because of the outbreak of COVID-19, but has since relaunched virtually all its activities. However, travel restrictions in mainland China and elsewhere are still in place and, in addition to the Guangdong province controls, public transportation normally running at all hours between Hong Kong and Macau is suspended. Anyone coming from Macau’s sister city looking for some excitement must also submit to a mandatory 14-day self-quarantine, which is also keeping many travelers away.

Last year’s gambling market in Macau was softer than expected, and 2020 was supposed to be a turn-around year. However, no one could have predicted that a microscopic bug would come in and cause the amount of devastation the coronavirus has brought, and Macau’s recovery is going to take much longer than previously expected. With monthly casino revenues continuing to show declines of more than 90%, recuperating the losses is going to prove to be a monumental task.

Some estimates now put a full recovery at two years away. Harry Curtis with Nomura’s Instinet expects gross gaming revenue (GGR) for Macau’s second quarter to be 80% lower than the same period last year, and that the third quarter will see a year-on-year decrease of 65%. The final quarter of the year will bring some minor relief, but the final figures for the year will still be 62% lower than what had been seen in 2019.

Curtis believes that Macau’s GGR will be much better by 2022; however, it still won’t be where it needs to be. He anticipates that the figure will only reach 90% of what it was last year, which means there is still a lot of work to be done before Macau’s casinos will be able to get out of the red.