Home / Business / UK racing hopes to resume events on May 1, but will gov’t okay? 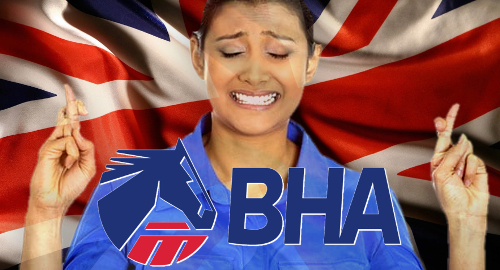 The UK racing sector is preparing to vote on a plan to resume operations as the true cost of its pandemic shutdown becomes apparent.

The board of directors of the British Horseracing Authority (BHA) will meet this Wednesday to discuss the feasibility of lifting the suspension of racing events that was imposed on March 18 and was intended to run through April 30.

The BHA established a COVID19 Racing Industry Group, which in turn established a Resumption of Racing Group to figure out how to resume racing behind closed doors in a fashion that would be acceptable to horsemen, racecourses and other stakeholders.

This plan would then be pitched to the government, which last Friday indicated that there were no imminent plans to lift the current restriction on public gatherings of more than two people. (Ireland’s government recently extended its lockdown through May 5.)

The Guardian reported that the BHA is focusing its efforts on several tracks that could stage regular meetings for several days at a stretch, including Newcastle, Lingfield and Newmarket. Jockeys and other key staff would be housed in on-site hotels to observe quarantine restrictions and reduce unnecessary travel.

The cost of the shutdown potentially extending beyond April 30 was detailed in a letter from the BHA to trainers that was obtained by the Racing Post. The letter estimates that, should the suspension extend through the end of June, the racing industry will lose £193m in revenue, with a net cash impact on the industry of £55m.

In addition to the “significant economic and social hardship” inflicted on individuals who rely on racing income, the letter also warned that a prolonged shutdown – while racing continues in Australia, Hong Kong and Japan, with Germany set to relaunch a limited program on May 1 – would “threaten British racing’s pre-eminent position” on the international stage.

The BHA is requesting support from all stakeholders in lobbying the government for a relief package, including matching funds provided by the industry, breaks on business rates, classifying stable staff as essential workers and providing financial support for jockeys, most of whom are freelancers.