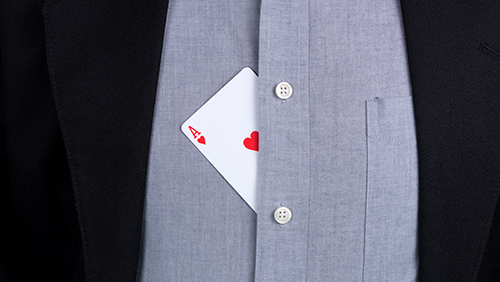 There’s a popular phrase that is starting to apply the poker scandal that rocked 2019 and looks set to continue into the summer of 2020 as Mike Postle and Stones Gambling Hall look to clear their names against the 89 plaintiffs and counting that have made the allegations against them. That phrase?

‘There’s more than one way to skin a cat.’

The cat in question has, until now, been a combination of both Stones Gambling Hall, where the popular YouTube stream ‘Stones Live’ took place and Mike Postle, who was the player alleged to have cheated. You know the rest, from his alleged accomplice at the venue to a bone-conducting earpiece used to transmit information to his crotch-sitting mobile phone.

It’s the episode of Columbo that never made it to screen because there were too many clues.

Yet, despite the obvious perceived truth of what the 89 and counting plaintiffs are saying, the court case still looms large, despite COVID-19, Coronavirus and deserted casinos all over the United States of America.

So why is that? Well, largely because until now, Postle and Stones have gone with the fairly expected line of ‘You can’t prove anything, so I didn’t do it.’ This is – for once in the case of Postle – a fairly intelligent line of action he needed no help in making. The burden of proof is always with the accuser, it’s why we can, as members of the public, say that our friends and families would be “innocent until proven guilty” if anyone accused them of something in the street.

Just yesterday, the accused parties of Postle and Stones appeared to begin to separate, with Stones going down the route of explaining they owe nothing to gamblers, the very patrons who keep them in business, as the recent lockdown has shown.

“Casinos do not owe a general duty of care to gamblers,” the motion filed by Mark Mao of Boies Schiller Flexner LLP, a team of lawyers who have been in practice since 1997, says. “Their failure to include adequate facts establishes they cannot support their claims. Plaintiffs can neither prove negligence nor fraud, they rely on innuendos and insinuations that are not substitutes for facts or law.”

So, according to Stones – via their lawyers – they don’t owe any duty of care to gamblers (that whooshing sound you can hear is of them washing their hands of the whole affair) and if negligence or fraud can’t be proven then there’s no dice. There’s no dice anyway, as the casinos are closed, but you know what we mean.

Stones’ perspective is a worrying one for anyone who played poker at their establishment, let alone any of the plaintiffs affected by Postle’s alleged cheating. With a cast of 89 lining up in that team photo, there’s every chance the chorus could yet drown out the chirping of the lone bird crowing his innocence.

Postle’s immediate refuting of the allegations on Twitter was shut down incredibly quickly by his lawyers, and there’s every chance he’s paid for an excellent team to defend him, but given the money used to do so many have come from crooked means, is there any value in that? For his lawyers, how are they looking at the end of this case, win or lose? Most worryingly, do they even care?

As PokerNews revealed in a post detailing more of the 33-page motion, Stones have laid bare their argument – namely that the complaints against Postle don’t have enough specific evidentiary points to be able to win. If that’s the case, say Stones, they can only be argued against morally for a duty of care they have for their players, something they have now decided doesn’t exist at all.

For a long time, casinos had a bad reputation with poker players. Poker doesn’t generate the same return to the house as table games such as roulette and craps, both of which are hugely imbalanced in favour of the casino. Therefore, the feeling has often been that casinos, who are happy to be pictured, promoted and broadcast on streams when players are doing that selling for them by playing in their establishment rather than another, are only interested if there’s something in it for them. They’re a business, after all, they might argue. But they’re not just a business providing a service, such as a bank or a shop. They are entertainment venues, ones built on the attendance of poker players and gamblers.

While the behaviour of Stones, themselves owned by King’s, is less of a surprise than it is a disappointment, it has still angered plenty of players. Just as PokerStars once bought the credit of poker players around the world when they absorbed most of Full Tilt Poker’s player debt, Stones could arguably talk to the players in question, look at a refunding situation, take responsibility, clean house and then buy some credibility back in order to make money in the future.

As it stands, it’s hard to envisage a situation where poker players will ever want to return to play at Stones Gambling Hall.

With plaintiffs represented by lawyer Mac VerStandig, he told PokerNews in response:

“We are in the process of reviewing and analyzing Stones’ motion, which appears to be a well-drafted document prepared by a group of excellent attorneys. It is disappointing to see Stones continue to characterize my clients as essentially being sore losers, and it is disheartening to see a card room proclaim that it does not have a duty to its consumers even in a situation as egregious as this. However, we look forward to pursuing our case in court, will be opposing the motion in due course, and have every confidence in the judicial system.”

As it was always going to be, the Mike Postle case looks set to go all the way to court, at least, it will do so when it is safe for parties to attend. If the list of plaintiffs grows any larger, by social distancing laws practiced in many countries around the world, the queue to get into the witness box in court at trial would reach Canada.