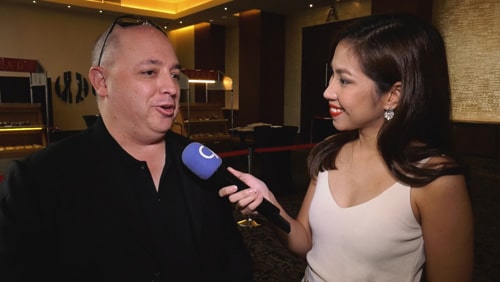 One of the more revealing presentations at G2E Asia was delivered by Melco’s Senior Vice President and Chief Information officer Avery Palos, who revealed how his company is betting big on blockchain to keep customers safe, and the casino compliant. CalvinAyre’s Stephanie Tower caught up with Palos on the sidelines, who explained Melco Resorts’ blockchain strategy in greater detail.

Blockchain is quickly proving to be an essential technology, and casino resort operators like Melco are understanding how it can help build stronger relationships with regulators. “I think it’s important because we’re looking for mechanisms where it’s an immutable record, where things can’t be changed, they can’t be modified, can’t be tampered with, and for particular types of transaction, this is sweet spot really,” Palos said. “So for cage, obviously, we don’t want people messing with what’s happening in the cage. Very, very, very important that we can show the regulator that we are in compliance, that all of our transactions are monitored, and that nobody’s effecting afterwards. In the case with responsible gaming, and particularly of a jurisdiction we have multiple operators, it’s important to be able to share that information about who is not allowed into the casino, but in a secure and safe way, it’s not appropriate for me to give you more information than I should, and more less information I should, but we all have a responsibility as operators and as regulators to ensure that those people at risk do not get in the casino. I think again blockchain does that wonderfully.”

During his presentation, Palos noted that while Melco is building a blockchain platform for their own benefit, they’ll make most of it available for other operators to use, to benefit the industry as a whole. Tower asked about building relationships with other operators, and if they’ve shown an interest yet. “I think there’s a lot of people who are very, very interested,” Palos responded. “I think that a wave of new innovators and startups who are very, very keen working with us, and we’re really keen to work with them, to be honest. And even established operators, we’re finding places where we can build bridges, particularly as we can tighten the integration between those products. So I’m very excited about the opportunities.”

A natural part of implementing an immutable record, and greater player tracking, is that it might create fears that it puts a burden on the individual. Melco is trying to sweep away those fears with superior execution. “End of the day everybody wants to have a fun time in the casino and we don’t want to be a block to that, and so what we’re using is a little bit of technology to automate the process of you entering that casino, so you don’t feel like you’ve got some heavy standing in front of you checking your ID, it’s really just an interaction with the computer and not dissimilar to what you might when you enter the an airport or train station, it’s a very smooth process, and as long as you’re allowed to go in there’s not a problem,” Palos said. “Obviously if you’re not allowed to go in, we’re going to prevent you from going in and we’ll make that as painless as possible, but ultimately this is about protection of the consumer at risk, so we’re going to make sure it’s good.”

For those who simply don’t want to give up their personal data, Palos warned that this is just the way the world’s going. “I think consumers are always a little concerned about giving up some data, particularly its personal information data, but ultimately I think the market comes to accept it, because generally speaking, there’s not a lot of options,” he said. “And particular regulators will help make that option fairly finite. Places like Singapore, where you see this already occurring, if you want to go in the casino you need to provide that data. I’m sorry, you’ll have to do that, otherwise you don’t get to gamble. And it’s not something that I necessarily make up as a rule but it’s something that we in cooperation with the regulators’, help to enforce.”