Home / Sports / Who should foot the bill for football’s furloughed staff? 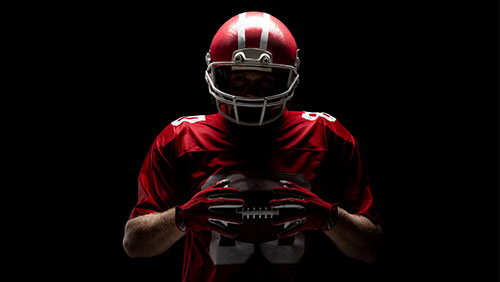 English football league clubs were forced off the field of play to cope with COVID-19 and defer the end of the season to either the summer or the history books.

In the days and weeks that have followed that decision, football fans have gone through many phases. The initial feeling was commonly that we missed football but appreciated that it was a necessary sacrifice to make, of course. But as the delay to the end of the season has turned into a question as to whether the season will be written off, many fans are too distraught at the thought of no live football for so long that they have become despondent.

If fans miss football, then what about the staff who work at the Premier League clubs up and down the country? Well, as it turns out, some have been looked after and others haven’t. Manchester United announced very quickly that they would be footing the bill for their staff, a move which will cost them upwards of £1 million.

BBC Reporter Dan Roan broke the news yesterday, however, that Tottenham Hotspur have done no such thing, and that their staff are being furloughed at a cost of the government and will receive 80% of their wages.

Former Tottenham Hotspur manager Harry Redknapp responded with surprise that non-playing staff weren’t getting any help from a club that does, after all, have a billionaire owner in Daniel Levy.

"I'm very, very surprised that they're using this [government job retention] scheme to be truthful with you."

Former Spurs and England legend Gary Lineker was more forgiving of the players in particular, saying that they often do the right thing, even if that takes some advice from others and after time footballers will make the correct choice about whether to help or not.

They always do, Adrian. I’m confident that players will respond in the right way. https://t.co/WQXTV6pf4Z

Lineker himself has donated £140,000 of his own money to help the effort against coronavirus in the U.K. and has often come to the defence of footballers in the recent past, talking up their plus points against the obvious arguments that they should be doing more with their money.

Carlos Tevez has been vociferous in his own opinion, declaring that footballers should do all they could.

“This virus is a disaster. Footballers can live without receiving a single paycheck for a few years, but I feel sorry for the person who wakes up at six in the morning and comes back at nine at night just to feed his family. U.S. footballers can make a difference.”

Football media has been most widely condemning of players not helping out the non-playing staff at their particular clubs, with The Guardian one of a number of outlets accusing clubs of being in a “moral vacuum”. They have also outlined the current state of play at all the Premier League clubs, picking through which clubs are absorbing the cost and which ones aren’t taking a pay cut and helping the non-playing staff out at their club.

With football suspended indefinitely in virtually every territory on Earth, clubs have plenty of time to make a decision. However, when it comes to helping their furloughed staff, who will have short pay-packets come the end of the month if they aren’t helped, the longer it takes for players to step in and help, the more it will look like they’ve been pressured to do so rather than it being a voluntary decision.

With the Health Secretary Matt Hancock imploring players to help out and donate part of their wages, it can surely only be a matter of time before players hands – or wallets – are forced.