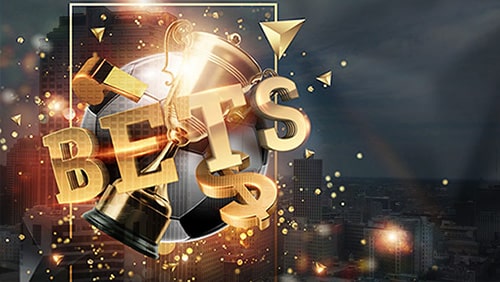 Michigan lawmakers signed off on sports gambling legislation last December, ready to embrace an industry that could potentially provide the state with millions of dollars in much-needed revenue. As the final preparations were being made on the framework, the Michigan Gaming Control Board (MGCB) was just getting ready to issue its first three licenses to commercial casinos – only days before the NCAA’s March Madness – when the sports world ran into a brick wall due to the coronavirus. When things get cranking again, those venues are going to have some additional competition, thanks to a new agreement between gaming software firm GAN and the Sault Tribe of Chippewa Indians, which operates five tribal casinos in the state under the Kewadin Casinos brand in Michigan’s Upper Peninsula region.

The partnership was consummated in the last week of March, and will see GAN offering its mobile gambling platform and operational services to the tribe’s facilities, as well as an additional, unidentified casino operator. The latter partnership is being kept under wraps until all regulatory hurdles have been jumped. The CEO of Kewadin Gaming Authority, Allen Kerridge, said in a statement, “The Sault Tribe of Chippewa Indians is excited to take this important step with GAN and our mutual partner to bring both retail sports to our consumers at our five casino locations in short course, in addition to Internet gaming casino on day-one when first allowed by the State of Michigan. We chose GAN and our mutual partner based on their market-leading technology and combined substantial experience serving gaming clients both online and offline.”

Expectations are high for sports gambling action in Michigan. Before the legislation was approved, and not expecting a major global pandemic, the iGaming market in the state was forecast to take in around $377 million in gross proceeds in the first year of operations. Within four years, that figure was expected to increase to around $836 million, according to GAN and a study conducted by Regulus Partners.

GAN, which also operates in Indiana, New Jersey and more, is ready to take Michigan by storm, and its CEO, Jeff Berman, says about the new partnership, “Michigan has long represented an attractive market, with both internet sports and internet casino gaming now regulated… We are incredibly excited to bring real money internet gambling to Michigan, which remains at the core of our mission, strategy, and purpose in the United States.”

Unfortunately, GAN, and everyone else, is going to have to wait. Michigan Governor Gretchen Whitmer has shut down commercial casinos until April 13, with an extension of the order most likely coming. In response, Kewadin Casinos also brought their operations to a halt, hoping to launch again at the beginning of May.