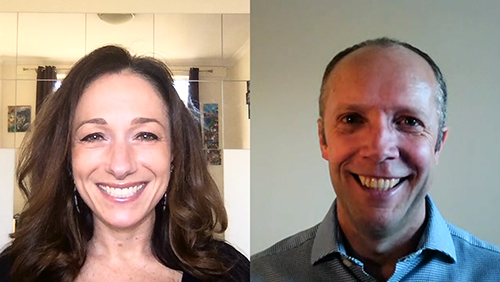 The sports betting industry has been hit extra hard by the coronavirus crisis, with just about every match, game, tournament, even the Olympics on hold, postponed or cancelled for the year.

Sure, there are a handful of sporting events and other alternatives to bet on such as horse racing in some regions, esports and virtual sports, but how are football fan diehards supposed to get their fix, for example? These alternatives are certainly not the same thing?

To find out more on how bookmakers and others in the sports betting space should navigate these complex times, I spoke with Mark Robson, co-founder of Champion Sports, 20+ year sports betting industry professional and poker enthusiast. Champion Sports is a nimble sports betting platform that prides itself on delivering a bespoke product that their customers want, including an esports offering.

“esports has certainly been around for a few years now and its now esports’ time to shine, but one thing people have got to realize that in sports betting, you can generally categorize people in one of two ways. They either bet with their head or their heart”, Robson explained.

“So that intellectual, that emotional connection with an event, or an athlete, or something that’s taking place, it isn’t going to necessarily, automatically transfer from football or horseracing into Dota or World of Warcraft, or whatever”, he said.

Rather than viewing esports as the “savior of everything for everybody”, Robson predicts online poker will make a comeback and serve as a more satisfying substitute for traditional sports bettors and beyond.

“We’re actually seeing players moving back to poker”, he revealed.

“That used to be the staple for everybody. Online poker was brilliant, it was massive. But what we’re seeing is a lot of people moving back to that because there is that emotional thing, you play with your gut or that intellectual thing whereas you know what players have done previously, you use that experience”, Robson pointed out.

“And lets face it, with people self-isolating at home, ten dollars in a sit-n’ go or a multi-table tournament is going to last a lot longer than putting it on an esports event where they may not know what happens, some people might not even know how the game is played”, he added.

While he does not believe esports is primed to fill the betting gap for Euro 2020 or the Olympics, Robson does appreciate the increase in popularity of esports in general and predicts a bright future for the industry in general.

Virtual sports have also been touted by providers and other professionals as being primed to fill the gap, but similar to esports, Robson says the emotional and intellectual connection is not there. However, he’s clear to point out there is a place for virtual sports in today’s gambling environment.

“We have a lottery product where we’ve integrated virtual sports into that, because lotteries aren’t traditionally exciting things to watch”, he said.

So what should sports betting operators do now while we wait?

“If I had any advice for people who were rushing to integrate these things now I would say, don’t panic, don’t rush, but integrate them anyway. Its all about player choice. You want to give your players the choice of what they can play”, advised Robson.

“This isn’t a fire sale that’s happening at the moment. Yes, its going to be a tough few months for everybody, but in some respects sports bettors, they are used to their industry not being there for a while- the Premiership has its summer break, Formula1 has its winter break, every sport has its off-season, Its just at the moment everybody’s off-season is being forced upon them at the same time”, he said.

In addition to looking into integrating additional offerings such as esports and virtual sports, Robson offered up some practical advice as well.

“Use the opportunity to check your internal practices, policies and procedures and make sure everything’s as good as it can be”, he suggested.

“You obviously want to look after your players. They’ll still be there, its how you as a site react to players’ actions right now, that will determine how quickly they come back to you and whether they show their loyalty to you”, he said.

With people potentially out of work and less disposable income all around, its important to offer good value for money, indoors entertainment for a low price.

“Offer them a reason to continue to come to a site”, Robson advised.

“If somebody bets an average of £50 on a football match or a horse race or something, help them to get good value for that £50 GBP. Don’t just try and secure it as quickly as possible, by any means possible”, he said.

“Introduce them to something new. If you have virtual sports, give them some free bets or something. Help the player to get good value for their entertainment buck”, Robson added.