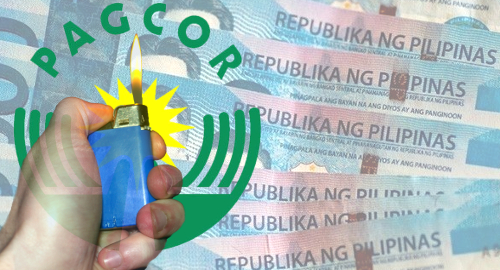 The Philippines’ gambling regulator says it’s continuing to provide cash for local pandemic relief efforts despite the fact that the suspension of gambling activity means its coffers are running dry.

On Tuesday, the Philippine Amusement and Gaming Corporation (PAGCOR) issued a statement regarding the P20.5b (US$403.3m) it has contributed to the local efforts to reduce further spread of the COVID-19 coronavirus. This includes P12b to the National Treasury and P8.5b to the Socio-Civic Projects Fund of the Office of the President.

PAGCOR chair Andrea Domingo noted that the regulator had fully complied with President Rodrigo Duterte’s declaration of a public health emergency by shutting all land-based casinos, eGames, bingo, poker, slot machine clubs and sports betting facilities on March 15. That was followed three days later by the suspension of all Philippine Offshore Gaming Operators (POGOs) and their service providers.

With nearly all gaming under lockdown, Domingo said PAGCOR was losing an average of P5b-6b per month in lost revenue. Domingo said “the entire Philippine gaming industry will suffer” the longer the shutdown persists “but the people’s safety is of paramount importance.”

Last week, Domingo made a plea to the government’s Interagency Task Force (IATF) on Emerging Infectious Diseases to allow PAGCOR to restart certain ‘high-earning’ gambling options – including VIP gambling and POGOs – that wouldn’t unnecessarily risk the health of either gamblers or employees. This request has so far been rejected by senior IATF figures.

In the meantime, Domingo said PAGCOR staff are keeping busy packing and distributing some P65m worth of food items that PAGCOR has purchased and donated to frontline organizations and communities most affected by the pandemic.

POGO STAFF CAUGHT TRYING TO RUN QUARANTINE GAUNTLET
PAGCOR’s relief efforts have nothing to do with last week’s reports that the IATF caught some 22 POGO employees attempting to slip past a blockade into the Cagayan Special Economic Zone. IATF agents intercepted two delivery trucks and two private vans that were escorted by two members of the Police Security and Protection Group.

While the two police sergeants claimed the convoy was headed to Cagayan to distribute the supplies in the two trucks, IATF agents suspected that the workers – all Chinese nationals – were on their way to a POGO operation linked to local gaming kingpin Kim Wong and his Eastern Hawaii Leisure Co.

Wong made headlines in recent years for his connection to the theft of $81m from the Bangladesh Central Bank, much of which ended up flowing through accounts controlled by Wong.

Wong’s 35-year-old son Benedict Wong, who manages the Eastern Hawaii Casino in Cagayan, was accompanying the POGO workers whose attempt to relocate from Manila was blocked by the IATF. While the workers were sent back to Manila, Wong was allowed to enter Cagayan upon requirement that he spend the next 14 days under home quarantine.

On Tuesday, the Police Security Protection Group (PSPG) announced that it had dismissed the two sergeants for violating orders prohibiting mass gatherings and unnecessary travel. A spokesman added that the force “will never tolerate erring personnel.”