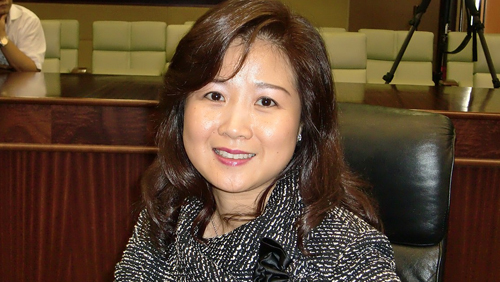 David Chow is no longer the CEO of Macau Legend Development Ltd. He decided to give up his position in order to dedicate his efforts to other aspects of the gambling company, but isn’t going too far away. The Hong Kong-listed company announced his departure last Thursday, adding that the new CEO will be his wife, Melinda Chan. Chow will continue as the company’s executive director and co-chairman of the board.

The move comes as the company looks to reverse its financial losses from last year. The first half of 2019 saw Macau Legend’s profits drop to a loss of $13.7 million, and it ended the year with a loss of $22.2 million. That was in spite of an increase in revenue for 2019, which was reportedly 26.5% higher, at $304.44 million, than a year earlier. Of those figures, the company asserted in its annual filing, “The significant increase in gaming revenue was mainly due to solid results contributed from a maturing development in Legend Palace Casino and strong performance in VIP sector.”

Macau Legend is behind three casinos in Macau under the concession of SJM Holdings Ltd. It manages Babylon Casino, the Landmark Casino and the Legend Palace Casino in the city and also runs the Savan Legend Casino in Laos. A new casino resort, under construction in Cape Verde, is scheduled to hold a soft launch sometime in the latter half of next year.

According to its filing on the executive changes with the Hong Kong bourse, Chow is relinquishing the day-to-day control of the company so he can create a “better work allocation” and “focus on the overall business strategic and policy development of the Group.” It wasn’t clear, though, what role he would be assuming in the company.

Chan is not just the wife of a casino executive. She has her own reputation in the industry and, in addition to being a well-recognized political figure, is the president of Macau Fisherman’s Wharf International Investment Limited, a role she has maintained since October 2017. In addition to now serving as Macau Legend’s CEO, she is also going to accept the role of one of the company’s executive directors with the retirement of Lam Fong Ngo creating a vacancy. The latter is Chow’s mother, and is stepping down due to “advanced age,” according to the company. She will reportedly turn 92 next month.

As an executive director, Chan won’t be receiving any compensation; however, her CEO title comes with a salary. The company explained, “Ms Chan does not receive remuneration as an Executive Director at the Company’s level but is entitled to a remuneration of MOP187,200 ($23,418) per month and discretionary year-end bonus payable at the subsidiary level, and her remuneration package with the Group will be subject to review by the Board.”