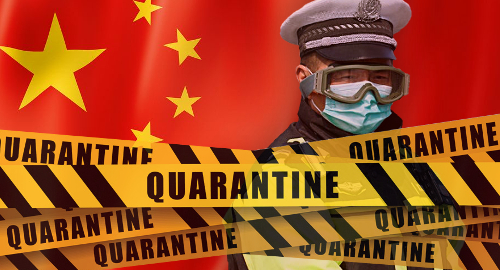 On Thursday, authorities in Guangdong, China’s most populous province and the closest to Macau, announced a new 14-day quarantine policy for individuals who arrive at its border checkpoints from Macau, Hong Kong or Taiwan. The new rules are intended to minimize further transmission of the COVID-19 coronavirus.

Both Hong Kong and Macau imposed similar rules for their own territories earlier this week after reporting spikes in new COVID-19 cases. Guangdong’s new rules, which take effect Friday at 6am, have reportedly convinced numerous Chinese citizens currently in Macau to head home early to avoid having to spend two weeks in isolation (at their expense).

With nearly one-third of Macau’s 2019 tourist arrivals coming via Guangdong, the new quarantine rules will put further downward pressure on Macau’s already feeble capacity to generate gaming revenue. Most regional airlines have yet to return to anything resembling regular service, making Guangdong’s Gongbei border gate one of the only ways in or out of Macau.

Following Thursday’s announcement, Sanford C. Bernstein analysts revised their forecast for Macau’s gaming revenue in the month of March. Having originally predicted a year-on-year decline of 78-80%, the brokerage now expects a decline of 80-82%.

While China has begun lifting the travel restrictions imposed on Hubei province in January, it has yet to lift the ban on issuing new individual transit visas that allowed mainland residents to visit Macau. Existing visas remain valid, but the new quarantine rules mean holders are unlikely to use them. Tour groups from the mainland to Macau also remain suspended.

Analysts had expected the individual visit scheme (IVS) would be reinstated by April, and the prevailing theory was that the pent-up demand would lead to a tsunami of gamblers flooding into Macau. The expectation now is that the IVS might not resume until May at the earliest and even then on a piecemeal basis until the authorities are confident that no second wave of infections is underway.

On Wednesday, China reported 67 new COVID-19 cases, all of which it claims were ‘imported’ by individuals from abroad. The government said this was the second straight day in which it recorded no new locally transmitted COVID-19 infections.

The day before Guangdong’s new restrictions were announced, iGamiX Management & Consulting chief Ben Lee told the Macau Daily Times that “it will be a long time, probably next year, before we can see better economic conditions [in China] leading to improved macros for gaming in the region.”