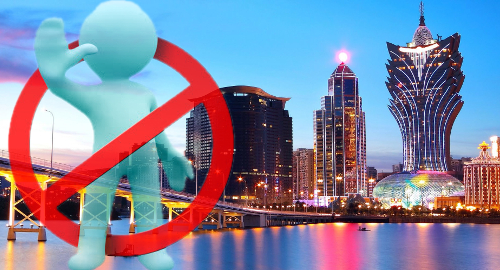 On Tuesday, Macau’s government announced that it would bar entry to all non-residents who’d visited foreign countries in the previous 14 days. Similar restrictions were imposed on international arrivals last week, but mainland China, Hong Kong and Taiwan had been exempted from those rules.

Macau has been forced to act after confirming a handful of new COVID-19 cases brought into the special administrative region of China by individuals who’d contacted the virus outside Macau. Hong Kong announced similar restrictions on foreign arrivals – including those from Macau – that will also take effect Wednesday.

On that note, Macau’s government also announced that it had designated the Grand Lapa Hotel as a temporary medical observation facility. The 435-room hotel is the eighth such venue to be given that designation by the government, bringing the total number of rooms at the government’s disposal to nearly 2,200.

Macau’s chief executive Ho Iat Seng used Tuesday’s announcement to cast some shade at local casino concessionaires, who had yet to offer up any hotels at the major integrated resorts for medical use, despite the government being willing to pay the room fees.

Ho said the government “don’t want to utilize hotels in integrated resorts until the last minute … but it’s really difficult to find more available hotels at this moment” and the government would “really appreciate this contribution.”

Ho chided the concessionaires by saying the current crisis was not only a test of the government, but also of the six concessionaires. “When the entire society encounters challenges, we should take and share more responsibilities together … What the gaming operators have done, Macau residents see in their eyes and keep in their minds.”

Macau’s casinos have been struggling ever since China imposed significant travel restrictions in late-January when the outbreak in China’s Hubei province was at its peak. The following month, Macau’s government ordered all casinos to suspend operations for 15 days, which led February’s gaming revenue to suffer an unprecedented 88% year-on-year decline.

While Macau’s casinos are slowly getting back to something resembling normal, Macau’s Statistics and Census Service said last week that the number of visitors to Macau in February fell by 95.6% from the same month last year. Over the first two months of 2020, visitation is down nearly 57% year-on-year.

Ironically, China just announced plans to lift the now two-month lockdown on most of Hubei province after confirming almost no new infections for nearly a week. Travel restrictions will remain in place for residents of the city of Wuhan until April 8, after which the government will reassess the situation.