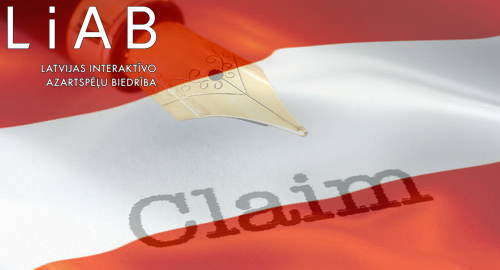 This week, Jānis Trēgers, head of the Latvian Association of Internet Gambling (LIAB), issued a statement slamming the government’s decision to include online gambling among the activities temporarily halted to minimize further spread of the COVID-19 coronavirus pandemic.

Trēgers claimed the government’s decision was made contrary to any “economic logic.” Latvian-licensed online operators had already reported their average number of active gamblers falling by 26% following the government declaring a state of emergency on March 14 and Trēgers said “reducing the industry’s revenue to zero” would spell the death of the domestic online market.

Trēgers slammed Latvia’s parliamentarians for having “swiped a bold stripe over everything that had been done in Latvia to combat illegal gambling sites.” Said measures include prohibiting local financial institutions from processing payments on behalf of international gambling sites not holding a Latvian license and compelling internet service providers to block these sites’ domains.

Trēgers warned that the domestic online vacuum will be filled by internationally licensed sites, from which the government will earn nothing. LIAB members were set to contribute €20m to government coffers this year, a sum Trēgers claims was “enough for one-third of all employees in state medical institutions to receive higher wages.”

Trēgers noted that it took Latvian gambling operators a decade to recover their revenue levels prior to the 2008 economic meltdown, so the government’s online ban could result in a significant tax shortfall for years to come.

Trēgers’ views were echoed by Georgian Ustinov, CEO of Enlabs AB, which operates in Latvia under the Optibet brand. Ustinov said the government’s “ill-considered and hasty decision” to halt online gambling operations will result in “investment protection claims” of up to €160m.

Ustinov said the prohibition “unjustifiably infringes” on the commercial rights of Latvia’s online licensees, and noted that no other European Union member state had seen fit to include online gambling in its pandemic response. Ustinov also noted that Latvian lottery operations had been “unjustifiably excluded” from the COVID-19 shutdown, setting up a legal challenge for unauthorized state aid.

Ustinov added that if legislators’ goal had been to “prevent possible unnecessary and excessive spending” during a time of crisis, there were other, less “disproportionate” means of achieving this, including setting mandatory gambling spending and time limits.

The Lotteries and Gambling Supervisory Inspection of Latvia (IAUI), which had requested clarity from the government regarding the online ban, has yet to update the market on what response, if any, it had received.