You can always gauge a peak in online poker traffic by the number of new games and tournaments that arrive on the scene. With poker players flooding back to online with many live venues closing their doors, Jake Cody puts it very well:

Guess it’s back to the online streets 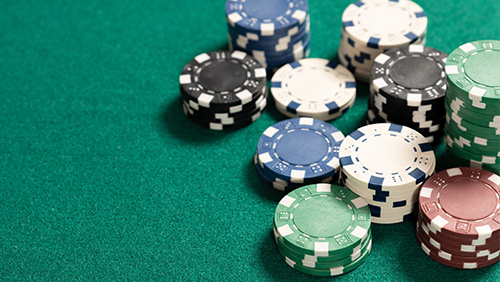 With that in mind, PokerStars have launched their new poker variant, titled ‘Swap Hold’em’.

Playing like regular no limit hold’em, Swap Hold’em has a pretty original twist on the game format that most poker players love and play in their droves.

Imagine, if you can, a regular hand of poker where, on either the flop, turn and river you can immediately swap either one or both of your hole cards. Perhaps you’ve been running a bluff and suddenly realise you could do with a re-deal. That’s the knack you’ll pick up playing Swap Hold’em, with the format unique and exciting in equal measure.

As long as it’s your turn to act, you can make the decision to swap your cards out, but you can only do it once per hand, and it can either one or both of your cards, but if it’s one, you can’t swap the other at a later street. It’s then or never.

With the format only available currently on PokerStars, we wouldn’t be surprised to see other poker brands adopt this style of game or perhaps other novel variants aimed at attracting the recreational players to different and exciting formats. During a global pandemic what could be better than finding your new favourite poker game and pressing your edge if you pick up some tips quickly? Sounds like a lot of fun to us.

One quirky innovation that is handy for all players at the table is that once you (or any other player of course) have swapped out their card(s), all the other participants at the table will be able to see that you’ve done so, with a miniature icon next to each player’s avatar waiting to be activated by the action.

Of course, you don’t have to swap at all, you can win the hand without swapping a single low card or consternating picture card that spoils your straight chances.

The best/worst thing is that after you’ve swapped – let’s say on the flop after much to and fro betting action – you can see the card(s) that you trashed, leading to either the ultimate satisfaction or the worst tilt since April 2011 when that person called you and told you about something called ‘Black Friday’.

One note is that time penalties can be applied to you if you keep hopping between tables to repeatedly join and leave. We all know it shouldn’t happen, but it does and that measure is there to prevent the exploitation of players, a good move.

You can join a Swap Hold’em table today on ‘Stars, so fire up and enjoy the experience. Once you swap, you may not be able to stop.