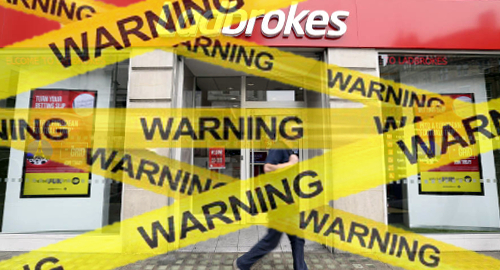 UK betting shops and casinos have been ordered to close their doors effective immediately, part of the government’s efforts to reduce spread of the COVID-19 coronavirus.

On Friday, Prime Minister Boris Johnson announced that all ‘social venues’ – including everything from pubs, restaurants, cinemas, gyms and museums, as well as betting shops, bingo halls and casinos – would have to close their doors for an “initial” 14-day period, after which the government will review the situation on a monthly basis.

Prior to Johnson’s press conference, Flutter Entertainment announced that its 350-odd Paddy Power shops in the UK would close their doors Friday until the end of April. The move follows a similar move at Paddy Power’s shops in Ireland (along with rival BoyleSports).

Earlier this week, Flutter estimated that its annual earnings could fall by up to £110m if the suspension of various sports leagues and events, including this summer’s Euro 2020 tournament, continued. The company added that a suspension of racing fixtures and the closure of its UK/Irish retail shops would trim another £30m off its 2020 results.

The UK’s gambling industry learned Thursday that betting shops and casinos were ineligible for the government’s plan to exempt retail and hospitality businesses from paying business rates for a year. Betting & Gaming Council Michael Dugher called that “a hugely damaging and frankly rather stupid decision” and vowed to continue pressing the government for some form of relief.

On Friday, Dugher said the decision to shut all social venues was the right move, but called again for the government to “rethink” its decision not to offer betting and casino operators the same help with business rates that other ‘leisure’ firms will receive.

The BGC did offer its support for the government’s pledge to provide employees impacted by Friday’s shutdown with cash equal to 80% of their wages up to a maximum of £2,500. The program will be backdated to March 1 and will run for three months, after which the government will reassess the situation.

UK gambling stocks had been on the rebound the past few days after enduring some stark declines to start the week. With any luck, investors will have the weekend in which to consider Friday’s developments before rushing headlong into another selling spree.