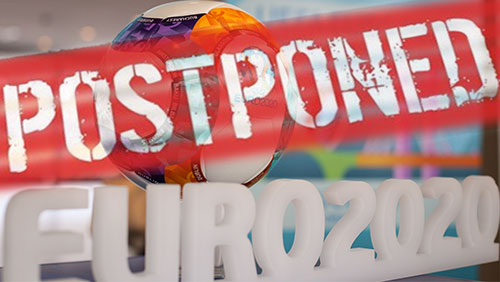 The Euro 2020 finals have been postponed by one year until the summer of 2021 after UEFA announced the extraordinary measure in the light of the recent Coronavirus outbreak.

With all sport deeply affected by the virus, footballers have been seen as ‘Guinea Pigs’ by players themselves such as Wayne Rooney, but while debate wrangles about when and whether the domestic football season will be completed, International football is affected in a far longer term.

The knock-on effect of the Coronavirus on International football is pretty clear and defined. In the club vs. country battle, clubs win – they bring more money into the game, and their season is already more than halfway through, with clubs such as Liverpool in the Premier League just two league wins from the title.

While some countries are yet to meet in their play-off matches, the finals themselves can move, and will do until June 2021. The confirmed dates as things stand are from 11th June to 11th July. The decision, made on Tuesday by UEFA, European football’s governing body, took place as an emergency video conference and saw leaders from across the continent put in place measures to delay football just like politicians are trying to delay the spread of Coronavirus itself.

As the situation is right now, Europe is paralysed by the Coronavirus in terms of sporting schedules. Everything is on a wait-and-see basis, and that includes Champions League, Europa League and domestic league football action. It has been mooted that both the Champions League and Europa League competitions could be completed as single-stay tournaments in Istanbul and Gdansk respectively, with clubs taking each other on, ironically, like International teams do over a few weeks in one country for a World Cup or European Championships.

There are still other wrinkles to iron out, with the UEFA Nations League and European Under-21 Championships also due to be taking place next summer. They’ll be moved too, but to when, and how will that work?

Some football will have to lose out, that’s for sure, with players simply unable to play all year without letting their bodies recover. are also scheduled to take place next summer. It’s not only Europe which has experienced this issue, with the South American Copa America also due to take place a year later than planned – not ideal for Lionel Messi, who will be a year older by the time he tries to drag Argentina to a first win under his command in 2021 instead of 2020.

With many players, coaches, managers and staff in either self-isolation or confirmed Coronavirus isolation, British football has already been put back to April 4th at the earliest. As it currently stands, that time estimate seems inexplicably confident to the point of madness.

While television contracts not being upheld meaning there are serious ramifications for everyone involved in the game, the impact of Coronavirus on football is still unclear, but can only be in grades of seriousness. You can read the full UEFA statement on the situation right here.