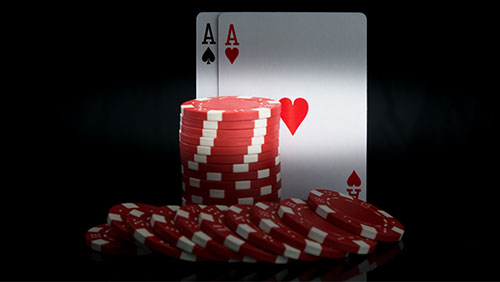 After seeing his name called out in Las Vegas at the 2019 Global Poker Awards, Paul Phua has etched another notable victory in his considerable career of poker success at the felt in the former Olympic village city of Sochi, Russia.

One of the latest and certainly greatest of the recent winners on the MILLIONS Sochi list, Phua’s victory over Austrian high roller Matthias Eibinger heads-up earned him an additional $500,000 as the two men battled for the title. It was some fight and was the fourth final table and first victory for Phua in the series.

With nine players returning to action on the final day, Phua was one of the short stacks to begin with, but he arrested that trend in the opening orbits, doubling up to put himself in the chasing pack. With 42 entries overall, only six players would be paid and three players had to leave the final day without any recompense at all.

Both Poker Central owner Cary Katz and British super high roller Ben Heath were out of the door very quickly, but play always slows down on the bubble and it took longer for Michael Soyza, who was runner-up to Phil Ivey in Event #7 and bubble boy in this event. Soyza was favourite to survive, too, calling off his stack with ace-king from the small blind after Eibinger had shoved from the button with ace-deuce. The board, however, played out in the Austrian’s favour as he hit running straight cards to propel himself up the chipcounts.

It was time for Phua to make his move and he won a crucial coinflip to survive, seeing his pocket deuces flop a set against the Australian player Kahle Burns’ ace-king. It would be the end for Burns, who was out in sixth place, cashing for $252,000. Burns would not wait long for company at the cash desk, Michael Addamo running into Webster Lim’s pocket aces to depart in fifth place. But thereafter, it was almost all about Phua.

First, the Malaysian busted Spanish superpower Adrian Mateos in fourth place for $420,000, calling Mateos’ all-in in the small blind from the big blind with king-seven. Mateos only held five-four and couldn’t find any help in the community cards. A few hands later, Phua doubled through Eibinger when the former’s ace-queen held against Eibinger’s ace-jack.

Lim was falling behind and made a gutshot for glory only to be called with a similar hand by Phua, whose ace-high played, earning Lim $672,000 but no shot at the ultimate glory of winning the tournament.

Heads-up was the battle it deserved to be with the masterful Eibinger never panicking and playing himself back into contention with some notable smallball pots going his way early on. He might have deserved better than a chopped pot when his ace-nine shove was called by Phua’s ace-five, but a few hands later, would face the ultimate call or fold situation with the title on the line.

After a flop which saw Phua make two-pair and Eibinger bottom pair, Phuaa fired on each street. The final bet was an all-in to which Eibinger told Phua the four words he must have been longing to hear.

Eibinger made the crucial – and incorrect – call, and that was that. Phua’s two-pair had earned hi just over $1.5 million and left the Austrian to be satisfied with a close run and some post-game hand analysis.

Phua, who now has over $18.7 million in live tournament earnings, had hit the crossbar on a few tournaments recently, but finally bagged the win, with Eibinger graceful in defeat.