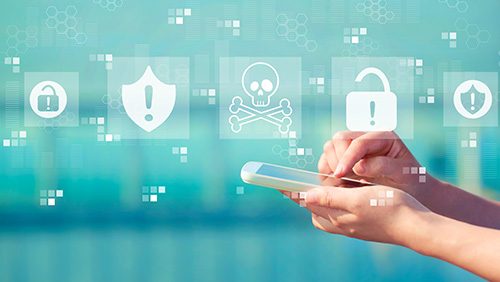 Calvin Ayre, founder of both CoinGeek and CalvinAyre.com, is a noted ambassador for Bitcoin, now reborn in the form of Bitcoin SV (BSV). While he likes to promote growth in the Bitcoin industry, he isn’t picking through Instagram accounts, looking for unsuspecting marks looking to get rich quick.

CalvinAyre.com Editor in Chief Bill Beatty was recently “lucky” enough to be contacted by “Calvin Ayre” over Instagram. Except, it wasn’t the real Calvin Ayre, but rather a fake account under the handle c_ayre_.

Scammers. This should be fun. pic.twitter.com/WzLKpCUmJJ

Unfortunately for the scammer behind the account, Beatty was possibly the worst person to try and run this scam on, with Calvin Ayre being the only worse choice. See, Beatty has worked for Ayre for over a decade, and a man claiming to be him on The Gram would know better than to make introductory small talk.

But just in case Beatty might have been confused, the eventual get-rich-quick scheme the scammer offered made it pretty clear that this could not possibly be the real Calvin Ayre.

After talking about some of the details of this mining investment opportunity, the whole thing became clear. This scammer was trying to dupe investors into sending BSV to a Handcash wallet address, promising regular returns on investment. We’ll get to the ridiculous nature of this request in a moment.

Before wrapping up the conversation, Beatty tried to get a better bonus offer for signing up, as he can’t resist needling scammers like this. Once again not understanding his own scam, c_ayre_ acted like it wasn’t his call, something the real founder of CoinGeek wouldn’t ever have a problem with.

After having a rather pleasant conversation with the pitiful con-artist, Beatty reported the account to Instagram, and it was quickly blocked.

For those who might need the advice, guaranteed returns from any type of digital asset mining are never guaranteed. While the BSV industry is thriving, and doing more all the time to give power and greater financial incentives to miners, a fixed return on investment can never be guaranteed. There are simply too many variables to consider, like the current price of BSV, difficulty of mining a block, and competition from other miners.

Also, it is incredibly unlikely that Calvin Ayre will ever reach out to potential investors over DM, asking for them to send BSV to a Handcash address. The Bitcoin Global Ambassador is known for investing in BSV businesses, including those that mine BSV, and doesn’t need small donations from individual Instagram users to keep promoting BSV.

In reality, Ayre is looking for serious BSV businesses that want his investment. At the recent CoinGeek London, Paul Rajchgod, Managing Director, Private Equity for Ayre Group, told the assembled audience that with a serious pitch for investment and a promising business model, Mr. Ayre is very much willing to consider betting on businesses that could grow the world of BSV, the fastest growing blockchain in the world.