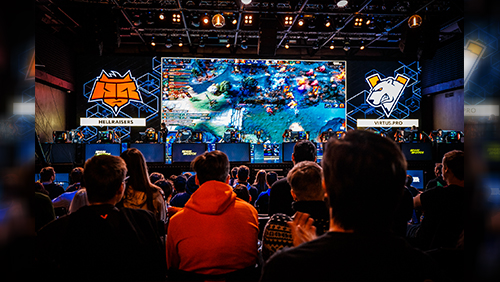 Thursday 20th February: Parimatch Holding, the international betting platform, today announces that it has entered into the Esports Integrity Commission (ESIC) to combat fraud in esports. Parimatch is already collaborating with FederBet in the fight against fraud and will now provide ESIC with betting data in order to help investigate possible cases of match-fixing and fraud. Parimatch’s membership in the ESIC underlines its belief that it is vital to promote openness and honesty in traditional sports as much as esports.

According to ESIC, the number of betting alerts potentially connected to match-fixing nearly doubled between 2017 to 2018, increasing from 39 counts to 74. To oppose this and other threats to esports, ESIC continuously extends its Members and Supporters list, for which the bookmaker community is a key focus.

Parimatch is a leading bookmaker in the field of esports, and continues to support esports in the CIS and Europe. In addition to a full line of esports betting, Parimatch also sponsors esports teams and recently announced its own Parimatch League in Dota2.

ESIC Commissioner, Ian Smith, commented: “We are delighted to welcome Parimatch into our global anti-match fixing supporter network. To have a key betting operator, with a huge esports offering in Russian language territories, become a member is a big step forward for ESIC as we seek to expand our suspicious betting alert system. The team at Parimatch has been wonderful and very professional to work with, and we are looking forward to continuing our co-operation with them.”

Head of Esports at Parimatch, Stepan Shulga, added: “Parimatch stands for complete transparency and honesty in working with its clients. We care about fair play, not only in traditional sports but also in esports, as the fastest growing and most promising category. We do not see reason for different approaches to traditional sports and esports, and respect the choice of each fan. That is why we did not hesitate to become a partner to ESIC in the fight against fraud, and thank the ESIC team for their initiative. Targeted actions aimed at identifying suspicious matches in esports can help the entire industry to be sustainable and reliable, both for people who are keen on betting and ordinary fans of esports.”

ESIC is a non-profit independent global body that has guarded esports integrity and transparency since 2016. ESIC unites various esports companies and organizations for information and experience exchange, joint confrontation to all kinds of corruption and fraud in esports, and education of the industry participants.

Parimatch is an international betting platform connecting emerging markets with the world of traditional and niche betting. Parimatch has over 2000 employees worldwide, supporting over 2.5 million customers and covering more than 20 sports and 60 countries, 200 leagues and 600 sporting events every day. Headquartered in Cyprus, the brand has been established for over 25 yearsand is represented in different markets (Cyprus, Belarus, Russia, Kazakhstan and Tanzania).