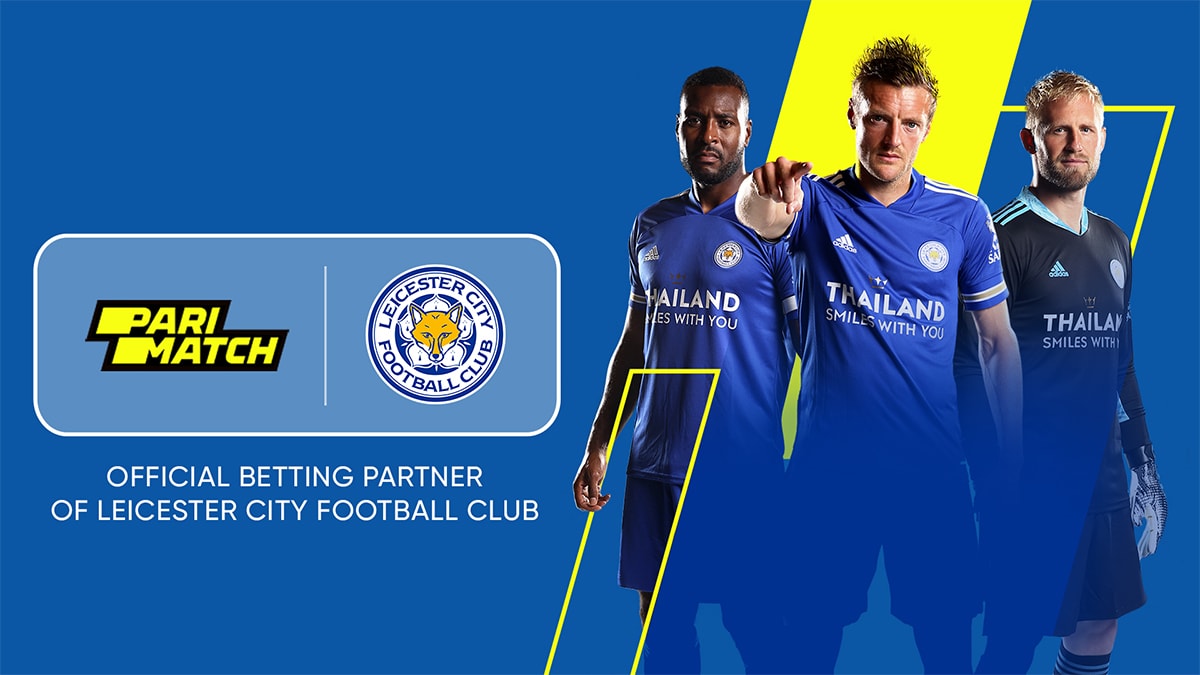 Parimatch, an international betting and technology company based in Cyprus, will see their branding appear on the training and warm-up wear of Leicester City’s First Team squad during all domestic and UEFA Europa League fixtures for the upcoming season.

The partnership will also see the company’s branding visible on pitch-side LED advertising boards at all home Premier League, Emirates FA Cup and Carabao Cup games, as well as on interview backdrops for all top-flight fixtures at the King Power Stadium and on the Club’s social media channels.

Harj Hir, Head of Partnerships at Leicester City, said: “We are really pleased to partner with Parimatch, an exciting international brand. We look forward to working together and helping to grow each other’s international profile.”

Parimatch connect traditional and emerging markets with an innovative betting platform and are one of the most popular operators within the CIS region, and are shortly launching a new site specifically created for customers in Great Britain.

The company prides itself on a reliable, and responsible, experience across an original mobile-orientated digital platform. Their betting products provide an exciting form of entertainment that enhances customers’ enjoyment of sport and gaming.

Sergey Portnov, CEO at Parimatch said: “This is a fitting and excellent partnership for Parimatch. Firstly, the Premier League is one of the greatest and most popular competitions in the world. Our brand belongs on this stage. Secondly, we see a lot of similarities between ourselves and Leicester City Football Club. Leicester are the great surprise story of the Premier League. Their title win in 2016 will be forever remembered around the world and they have since firmly established themselves amongst the Premier League’s elite. Yet, just over ten years ago they were playing in third tier of English football. Their meteoric rise is because of their shrewd management and drive to succeed. Parimatch are also underdogs in the international gaming industry. We have had to overcome many obstacles and continue to better ourselves to get to where we are today. Leicester’s indelible spirit will help ensure we remain on this exciting path.”

Ivan Liashenko, CMO at Parimatch added: “Leicester City will be forever known as the miracle makers because of their extraordinary Premier League title win. At Parimatch we believe that miracles can only be made through hard work and a fighting spirit. We are delighted that Leicester City have chosen Parimatch as their Training Wear Partner and as an Official Betting Partner. Working with Leicester City ensures that Parimatch is partnering with a club that embodies the same values we hold at the heart of our business.”

In July 2018, Parimatch became the official betting and wagering partner for the UFC in EMEA (Europe, the Middle East and Africa), while they are also the shirt sponsor of APOEL FC in the Cypriot First Division.

Furthermore, the Parimatch Foundation was launched in 2018 and has significantly invested in promoting health and wellbeing through empowering education and community participation in sports.

Parimatch merges technology, business, and sport to deliver seamless entertainment powered by innovation. Founded in 1994, Parimatch has grown to become one of the largest betting companies in Europe and the CIS. Also holding continues to explore new markets to enter.

Parimatch operates with a digital-first mindset and is constantly developing and improving the quality of its customer experience, which is enjoyed in 60 countries across the world. The winning team of brand ambassadors includes Conor McGregor, Mike Tyson, Petr Yan, and the Shevchenko sisters. Parimatch is also the global betting partner of the popular esports team Fnatic and the title partner of Virtus.pro and is the exclusive betting partner to UFC in the CIS region.