If you’re a poker fan, then you’re probably all over poker Twitter like a loose aggressive player on a weak three-bet. But do you follow your favourite players on Instagram? Here are the top seven followed poker players – pick your favourite and tune into their every move throughout daily life! 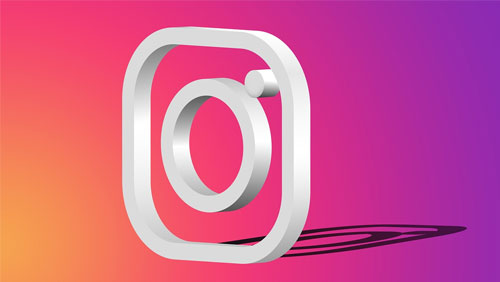 Having reached 17 World Series of Poker final tables, winning five bracelets and a European Poker Tour Main Event to boot, Mercier is worth following for the success vibe alone.

Mercier, 33 years old, is also a proud father and his account splits his posts between poker aspirations and charming family photos. The devout Christian and proud family guy, Mercier is also a big sports fan, so if you are too, there aren’t many better players to follow.

You might assume that following Patrik Antonius is a neverending supply of high-rolling action and degenerate behavior that makes The Wolf of Wall Street look like a boxset of the popular 1990’s Sunday sermon Songs of Praise.

Nothing could be further for the truth, in actual fact, as the passionate tennis fan, family man and introvert gives fans the opportunity to take a look inside themselves for their own motivation by following Antonius’ personal drive and innate sense of reflection.

German crusher Fedor Holz has won more money than any countryman or woman in racking up $32.5 million in winnings in tournaments alone. Since his professional retirement two years ago, Holz has pioneered both the Primed Mind app and now cracked the Pokercode wit the help of Austrian poker legend Matthias Eibinger.

Holz may be one of the youngest millionaire investors and businessmen in the world, but his posts exude humility and self-fulfillment thanks to many of his (Not So) Daily Perspective videos. If anyone can inspire you to change your life for the better, it might be Fedor Holz.

The record-breaking winner of 15 WSOP bracelets, Phil Hellmuth’s positive lifestyle goals include the kind of nights out that you might hope to win in competitions… almost every night. The Poker Brat is one of the most famous poker players in the world, but crucially for Insta followers, it’s not just his poker notoriety that appeals.

To say that Phil Hellmuth has a good contacts list is a little like saying Zsa Zsa Gabor liked to go shopping. Hellmuth is the man in poker to many celebrities, and he enjoys a blessed lifestyle, with his wife and kids often in tow.

One of the most exciting players in poker to follow is the WSOP Big One for One Drop winner, Antonio Esfandiari. Also known as ‘The Magician’ in poker thanks to his former membership of the Magic Circle, Esfandiari not only won $18.3 million by winning the biggest heads-up of his life against Sam Trickett, but he has gone on to be one of the most respected voices in the game.

In later years, Esfandiari should maybe be called ‘Burning Man’, such has been his record of attendance at the annual pilgrimage to the desert. His Insta page obviously brings the life-changing experience to tens of thousands of happy poker fans.

It’s hard to think of a player in poker history who has courted so many headlines without seeming to want any attention at all. While Phil Ivey cannot be making every post himself, and indeed only has 142 posts in his Instagram back catalogue, no-one can get enough of the enigmatic man formerly known as ‘No Home Jerome’.

No-one comes close to ‘DNegs’ at the top of the list. With a captive audience hanging off his every word, the passionate political fan of Andrew Yang, ice hockey fan and poker legend is forthright, open and entertaining to a fault.

Declaring intentions, getting hitched, swapping PokerStars for GG Poker, Negreanu is a living legend and is by far the most popular poker player on Instagram. Follow him now… good things will happen.