The increasingly saturated New England market is making it tougher for casinos these days, and that is showing in the recent struggles of MGM Springfield and the unbuilt East Windsor Casino. 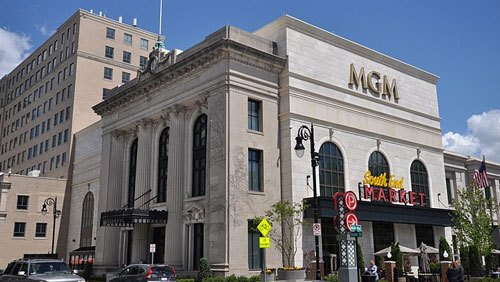 Revenue at the MGM Springfield is seeing a sharp decline, despite the fact that it opened its doors just 16 months ago. This has pushed the casino to lobby state lawmakers to allow for sports gambling in Massachusetts, hoping that this will significantly increase profits.

This is also affecting the tribal-owned facility proposed in East Windsor, Connecticut. The Mashantucket Pequot tribe, which operates the Foxwoods Resort-Casino, was expected to invest somewhere between $200 million and $300 million building the facility. However, that looks like it is on hold according to Rodney Butler, the chairman of the Mashantucket Pequot Tribal Nation.

“We’ve refined it a little bit based on the data that we have. We now know more about the market,” he recently explained during the Massachusetts legislatures’ safety committee. “There’s been a lot of concern expressed over the past few years regarding the saturation of the market.”

The concerns come at a time when both the Connecticut and Massachusetts state legislatures are considering expanding gambling within the state. The University of Massacusetts (Umass) is currently studying the impact on casinos within the state, and what allowing an additional casino operation would mean.

In Connecticut, there is a proposal to expand gambling beyond its two tribal-run casinos. This would include allowing online sports betting, iKeno, and a new facility at Bridgeport.

These proposals for expansion are being fueled by the number of casinos that are available in neighboring states like Rhode Island and New York. These facilities are drawing customers from the two states, and both Connecticut and Massachusetts are looking to create additional options that will keep money within their state.

However, current facilities are not meeting the revenues they had expected. The MGM Springfield, a $960 million casino built in the downtown area, has struggled to meet “expectations.” This according to former Chief Executive Officer Jim Murren who acknowledged this during a recent conference call with industry analysts.

There is also concern that the two casinos in Connecticut are impacting MGM Springfield. Former MGM President Mike Mathis acknowledged that the tribal facilities were having a dramatic impact on the amount of revenue that the Springfield casino was earning.