The 2019-20 NFL season concluded Sunday night in Miami with the Kansas City Chiefs rallying to beat the San Francisco 49ers in Super Bowl LIV, 31-20, the second title in franchise history. 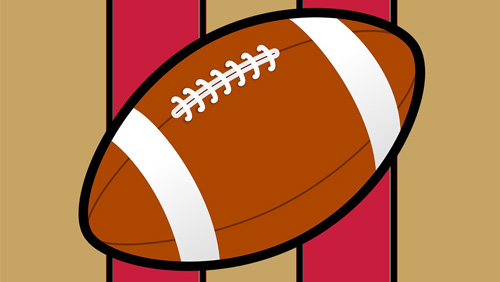 The various sportsbooks actually have had odds out to win Super Bowl 55 for a few weeks. That game is February 7, 2021, at Raymond James Stadium in Tampa. Yes, it’s unusual for one state to host a Super Bowl in back-to-back years, and Tampa wasn’t originally going to be the host. However, in 2017 NFL owners voted to move the game from the new Rams-Chargers stadium in Los Angeles to Tampa because that $5 billion building was way behind schedule back then. It will open for the 2020 season, but it’s a very big endeavor to host a Super Bowl. So now L.A. will instead get SB 56 in February 2022. Better to not rush things.

As one would expect, the Chiefs (+600) and 49ers (+800) are among the favorites for Super Bowl 55. Kansas City probably will be among the preseason favorites for years simply because of having quarterback Patrick Mahomes, the Super Bowl LIV MVP. The Baltimore Ravens (+800) had the NFL’s best regular-season record in 2019 before a shocking playoff loss to the Tennessee Titans (+3000), and the Ravens also are among the 2020 favorites behind newly-named NFL MVP Lamar Jackson.

The New Orleans Saints (+1000) and New England Patriots (+1100) are both interesting. Clearly, oddsmakers expect each team’s future Hall of Fame quarterback, Drew Brees and Tom Brady, to return next season. Brees is hinting at retirement, and while Brady will play he might actually leave the Patriots. Each teams’ odds will get significantly longer if there’s a quarterback change. Any team that lands Brady if he does leave New England will see its Super Bowl 55 odds get shorter.

No team has ever played a Super Bowl in its own stadium, and it doesn’t seem all that likely next year with the Tampa Bay Buccaneers at +5000 to win it. Could the Raiders win the Super Bowl in their first season in Las Vegas? Jon Gruden’s team is +3500.